More COVID-19 Infections in Coming Days Because of NIMC - Doctor 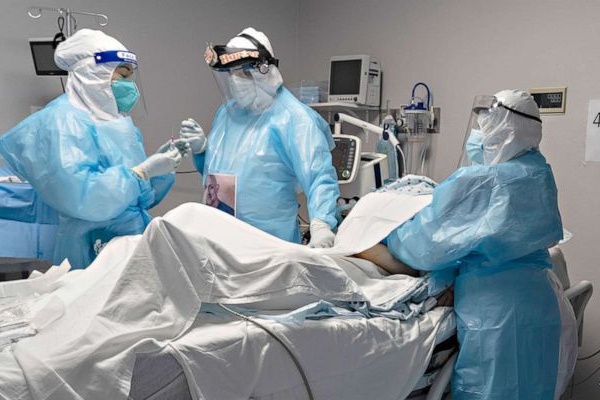 People are not wearing masks. Imagine if we have 200 severe cases daily...

A medical practitioner at the Infectious Disease Hospital, Yaba Lagos – Dr. Iorhen Akase- has raised alarm about the highest possible increase in the number of COVID19 infections in Nigeria. Dr. Akase was reacting to the directive by the National Identity Management Commission (NIMC) that Nigerians who had obtained their National Identity Number from the BVN record harmonization with the National Identity Database will be void.

“While the idea of the NIN registration is well-intentioned, it is coming at the wrong time.  I’m not privy to the kind of pressure they face to take this decision but from an infectious point of view, it is not a good time to ask people to crowd these registration centers. We are convinced that by this singular act, in the coming days and weeks we will see the numbers going up. “, he said.

In a bid to reduce the number of cases taken in at isolation centers, the NCDC had advised that mild cases be managed at home. Dr Akase explains that these patients must be managed by a medical doctor, and not self-medicate. He says it is not possible to make COVID19 medications public so that people don’t begin to self-diagnose and self-medicate. He recommends virtual interactions with doctors where possible, instead of physical walk-ins to hospitals.

He said the COVID 19 infection has a projected infection rate of three to five persons i.e one infected person can infect up to 5 persons. Dr. Akase further described it as baffling that the government makes such a conscious decision to expose Nigerians. He called for better cross-sector synergy between government agencies to avoid counter- productivity.