BUNDESLIGA: WHAT WE LEARNT FROM THE RETURN OF FOOTBALL 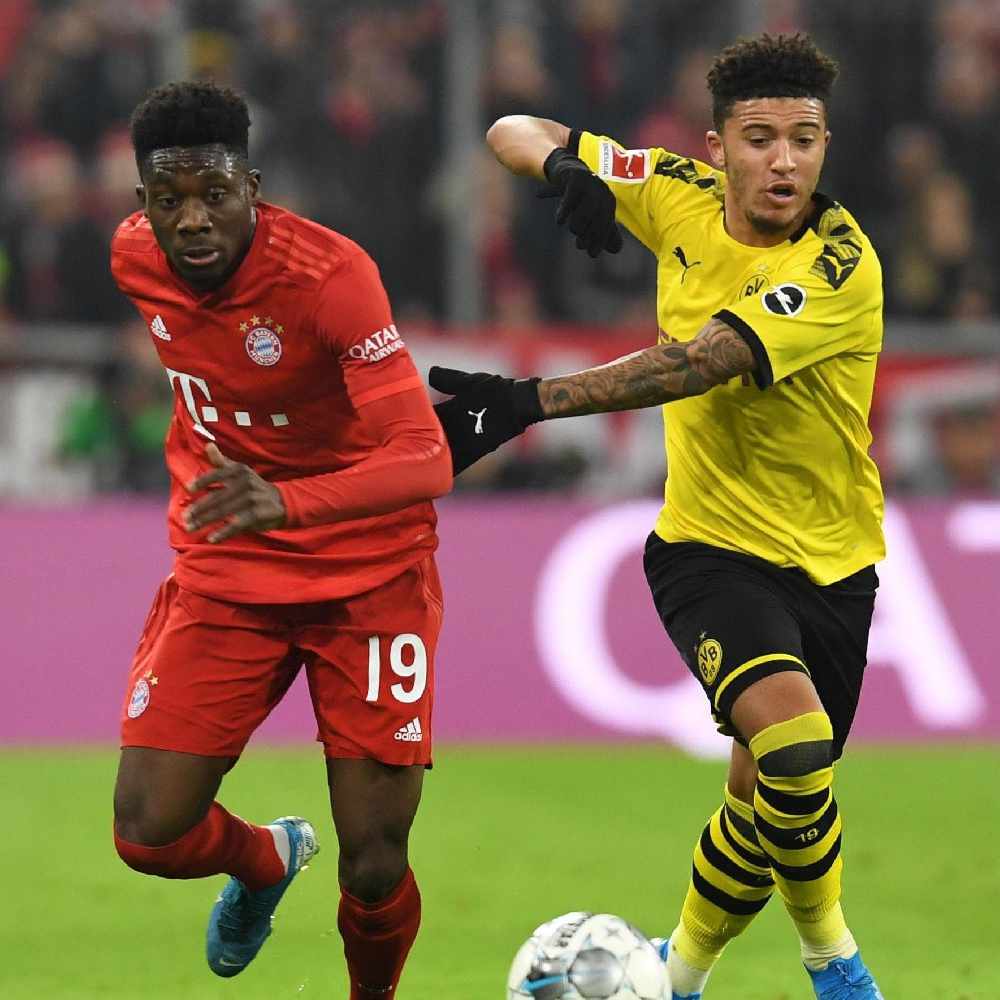 Dortmund players had to keep their distance while celebrating goals

It was a much anticipated return for football, but certain parts of the action on Saturday in the Bundesliga was anything like we know them to be. It was a taste of what to expect in other countries when league football returns in those parts, and it made for interesting summations.

So, what did we pick up on from the return of football in Germany?

As clearly stated in the health guidelines for the return of the league, players on the bench were made to wear face masks and sit some distance apart. And it got really weird when Dortmund players had to keep their distance while celebrating goals, opting for elbow bumps instead. But not all obeyed that guideline though.

Even the officials were not left out as pleasantries were exchange between players and match officials at full time with the kicking of boots in the game at Augsburg.

With the absence of fans in the stands, every crunching tackle, kick, and scream could be heard by those watching at home. There were some 300 persons consisting of ball boys, media, medical team and security in and around the stadium as expected, but it was still quite odd. It was a surreal feeling but the best we can get for now.

Asides temperature checks and face masks, the need to maintain good hygiene was also preached. A screen at Leipzig stadium encourage people to wash their hands while match balls which were aplenty, were disinfected by the ball boys and not handed back to the players, but rather kept  on special spots.

It’s like he never took a break, picking up from right where he stopped. The 19-year-old was in superb form and couldn’t even be bothered about Schalke’s Jean-Clair Todibo who lashed out with the use of the “f” word in an exchange between the pair.

Not the Same Feeling

And so, there was the reaction after it all. Managers who spoke to a virtual conference were quite unsatisfied with the atmosphere. The general consensus though is that football as we saw it on Saturday has got to return quickly to the way we know it.

CAN BAYERN CONTINUE THE DOMINANCE?

After an entertaining round of games on Saturday in Germany following the return of the Bundesliga, leaders Bayern Munich take to the field in an attempt to continue where they left off before the Coronavirus struck as they travel to Union Berlin.

The Bavarians sit top of the table with 55 points from 25 games, a point ahead of Dortmund with today’s game in hand. But there’s a feeling of de ja vu about this game as it was called off back in March due to the pandemic.

There is no reason to believe it will suffer same fate today following yesterday’s successful play but could we have an upset?

Phillipe Coutinho, Corentin Tolisso and Niklas Sule remain sidelined with injuries while Javi Martinez didn’t travel with the team to the capital.

Robert Lewandowski who picked up an injury following their 3-0 Champions League win over Chelsea in February is fit again, and so is Croat Ivan Perisic.

It’s not a pretty form to take into a game with Bayern, but Union Berlin will fancy their chances playing at home in Berlin (though without their fans.) They have just two wins from their last five games after losing their last game 1-3 at Freiburg and sit 12th on the league log.

Bayern have won seven of their last eight games in all competition including that win at Stamford Bridge. A 1-0 win at Schalke in the DFL Pokal was sandwiched in between a 0-6 away thumping of Hoffenheim and 2-0 victory at home to Augsburg.

Bayern’s away form betters Union’s at home quite well. The Bavarians have won eight of 12 away games, picking up 26 points while their hosts have garnered 19 points at home (P12 W6 D1 L5.)

There are 25 points between both teams, so no prizes for guessing the favourites.