COVID-19 And Inadequate Schools: The Case of Lagos

Schools in Lagos are set to resume later this month. But, how safe is the learning environment? Our correspondent takes a close look

Schools across Nigeria were shut down in March 2020 due to the ravaging corona virus pandemic. Eight months later, with infection numbers dropping drastically, the Lagos State government announced recently that schools would be fully opened on September 21st and 24th for tertiary and basic schools respectively. But, is Lagos State ready to receive students in a safe learning environment?

The population growth rate of Lagos is 10 times faster than New York and Los Angeles. With a population of nine million in 2006, Lagos State now boasts of an estimated population of between 18 and 21 million people. 477,912 births were recorded in Lagos in 2016 with 41.39% of children recorded under age one, 25.82% between one and four, and 32.79% above age five. Listed by the World Population Review as the eight fastest growing city in Africa, former Governor Akinwunmi Ambode had in 2017 announced that 86 people move to Lagos every hour.

“Schools are to be located in such a way that the average number of pupils does not walk more than two kilometers to get to the nearest school, provided that there are (enough) pupils within the radius of 2km to fill (the minimum required) two-stream school, i.e. 12 learning groups of 40 pupils each for semi-urban schools and at least a total of 60 pupils for small rural schools.”

The maximum, number of pupils per class according to UBEC’s FME guidelines on Minimum Standards in Schools Nationwide is to be 20 in pre- primary, 40 for primary and 45 secondary schools.

But this is not so in Lagos State. Before the lockdown, I had set out to find out how grave the scarcity of public schools is in Lagos and if the government is meeting up with the growing demand based on the rapidly growing population. Even then, there were reports of classrooms having up to 80 pupils or more in a class in some areas of Lagos with pupils seating three on a desk.

The Lagos Annual Education Performance Report was last published in 2014. The document shows that “The Enrolment ratio from public to private is 1:5 which means for every six pupils, one attends public while five attend private. For every three students in junior secondary school, two are in public while one in private”.

The report, which is used in creating the Medium-Term Expenditure Framework for the state recommended that more classrooms be built, and called for the establishment of more schools especially in newly created development areas like Alimosho, Agege, Ifako Ijaiye, Eti Osa, Ibeju - Lekki, Ojo, Badagry and Ikorodu. 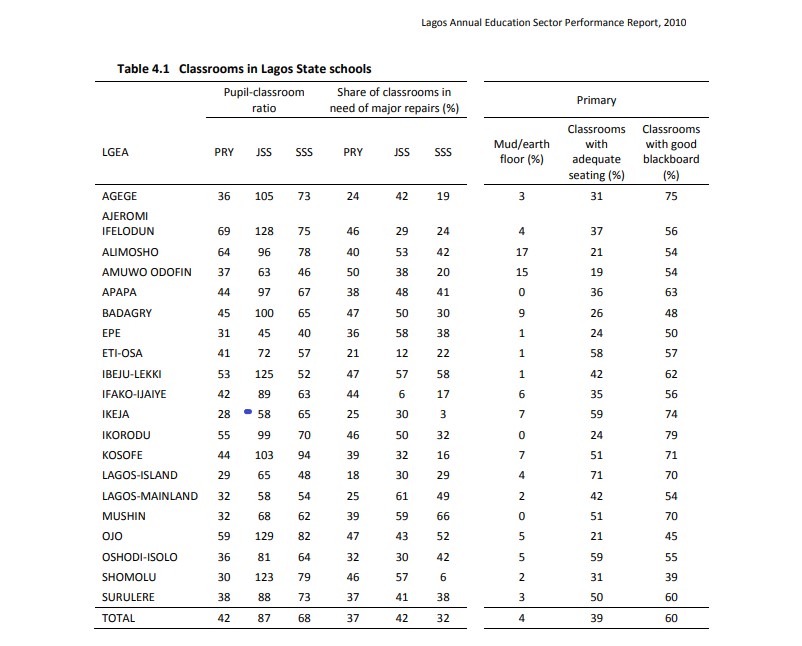 The Chairman of the National Union of Teachers, Lagos State chapter Comrade Adedoyin Adesina, lamented overcrowding in schools especially in areas like Alimosho, Ikorodu, Amuwo/Ojo axis, Ajeromi/ Ifelodun. According to him, “there is serious, acute shortage of teachers, because people are retiring in sets, and the government is not employing to cushion the effect.” 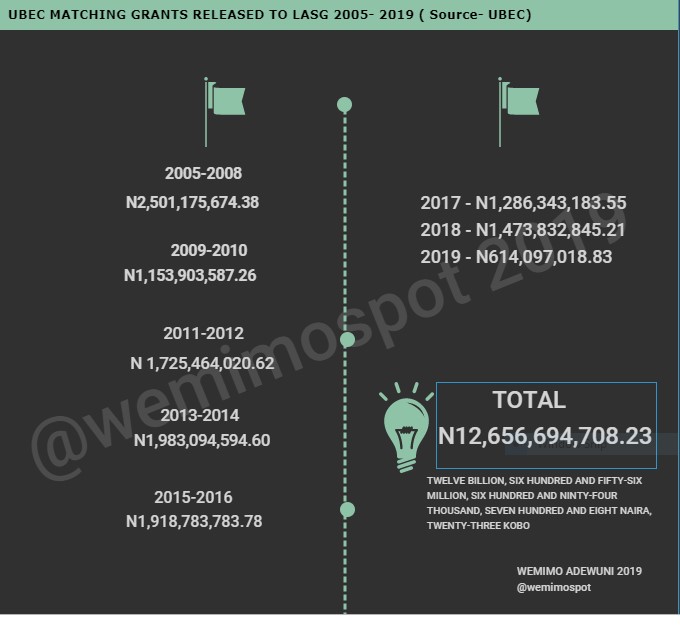 Speaking on the preparedness of the Lagos State government to receive secondary students, the Public Affairs Officer of the ministry, Mr Kayode Abayomi explained that the state government is building more classrooms to ensure more spacing in compliance with covid19 protocols. For primary schools, Honorable Alawiye King, Chairman Lagos SUBEB said there will be staggered resumption of classes to reduce the number of pupils in a class per time.

UNICEF states that the direct impact of COVID19 on children and adolescents is very limited, children are possible transmitters of the virus and need to be protected as much as possible. Clean, safe environments for schooling is one way to ensure there isn’t a new spike in COVID19 infection rates in Nigeria.

This report is in conjunction with the Wole Soyinka Centre for Investigative Journalism under the REMOP Education Project.