WHICH IS THE MOST ICONIC SUPER EAGLES JERSEY? 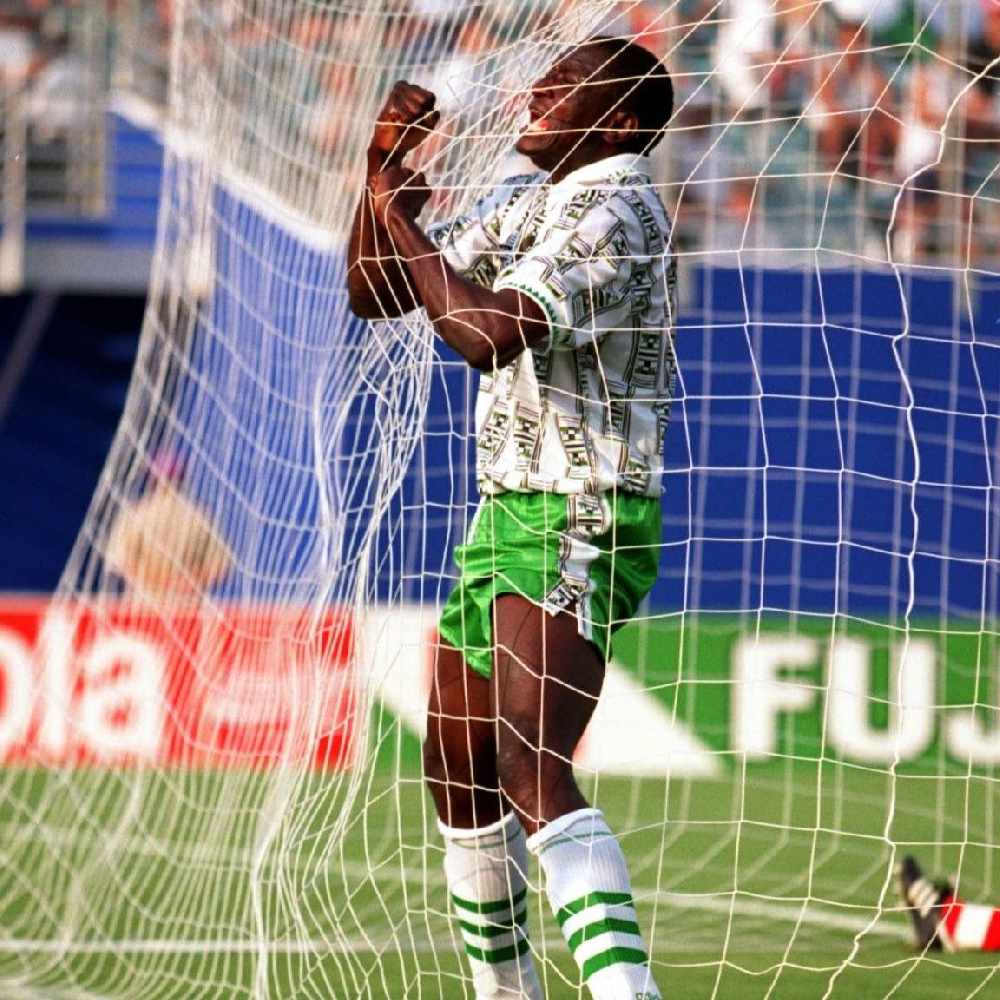 Football has always been more than the action on the pitch. It’s the build-up, the coverage and even the attire… yes, the shirts.

In a recent poll by the BBC, one Super Eagles jersey was voted the fifth most iconic football shirts from years gone by. Impressive, considering our achievements at the tournament where it was first worn.

The shirts may have no bearing on the game (if you are not one for superstitions), but go a long way in leaving lasting impressions.

So the question is: Which is the most iconic Super Eagles jersey? Was it the one worn when the captain hit that 30-yarder that flew past the goalkeeper to hand us our first continental title or the one that saw us eliminated from the World Cup at the group stage? There’s always a moment to associate with.

We take a look at some memorable shirts worn by our three-time African champion. Which is the most iconic for you?

At the time, the fuss about football shirts was anything but priority. However, this was one simple yet adorable shirt. It was a simple green shirt with a white collar and deep V-neck cutting, and the shoulders had a white strip design that ran down to the end of the sleeve.

The Green Eagles as they were called at the time, conquered the continent to lift their first AFCON title under the tutelage of Brazilian Otto Gloria donning this classic.

An absolute classic this one, whether it’s the all green or the white shirts on green shorts. The vintage V-neck collar design was a thing of beauty. You can’t forget that image of Rashidi Yekini celebrating inside the net after scoring against Bulgaria. And then, there were the stars: Amokachi, Finidi, Amuneke, Okocha, Siasia, Rufai, Emenalo, etc. What’s not to love here?

This was arguably the biggest moment in the country’s sporting history. There was a slight “upgrade” from two years ago as the white colour was more imposing but the pop-up collar was removed, leaving just the vintage V-neck design. Wearing this shirt, we became the first African team to win gold at the Olympics, and this artistic piece became a holy grail for that singular reason. The upgrade on the shirt was definitely inspiring on the pitch.

Remember that sensational strike from vice-captain Sunday Oliseh against Spain? It was a defining moment in the country’s football history on the global stage and this shirt epitomizes that. And if you look further into that tournament, it’s one that also brings disappointment, we were thumped 4-1 by “minnows” Denmark in the second round, wearing that shirt.

2000: Hosting the AFCON always is special and dressing to fit the occasion is paramount too. Slightly more modern in certain ways, one can be forgiven for saying this was the “nearly shirt”- one that failed in its quest to bring glory on home soil. And if there was something else that etched in one’s mind, it’s the image of Tijani Babaginda in this shirt galloping down the flanks, plus, the short sleeves were anything but short.

Probably one that didn’t quite depict the traditional green colour of the country’s flag, this lemon green shirt would best be remembered for one iconic moment… Yobo’s cross and Aghahowa’s header! And the commentator famously embellished the myth (his celebration) by saying, “and Aghahowa on and on and on and hooo.”

Adidas returned the collar on the shirt after a long while and it came with a button line too. Fittingly, the Super Eagles left all in their wake to lifting the trophy for the third time in its history with stars like Sunday Mba and Emmanuel Emenike.

A mixture of lemon and green colours, V-neck design, white shoulder stripes and coloured sides, this was a remarkable piece from Adidas for the Brazil party. Despite reaching the second round of the competition, the Super Eagles were not as convincing or entertaining on the pitch as their colourful shirts.

It may have been a disappointing tournament as the Super Eagles were minutes away from reaching the knockout stage at the expense of much fancied, Messi-led Argentina, but there was consolation in the form of recognition by the world for the dinky shirts adorned.

After blitzing past Cameroon, Algeria and Zambia in the qualifying stages, the team arrived Russia in grand style with their green and white shirts with black design; one that really added colour to the tournament.

Even after the World Cup, it still received accolades as it was voted the fifth most iconic jersey by fans the world over in a poll by the BBC.

So, which is the most iconic shirt for you? Tell us by leaving your comments in the tweet below.

The @NGSuperEagles have had some great moments wearing some memorable shirts...

Which is the most ICONIC of them all for you?

Here are the choices...

WHICH IS THE MOST ICONIC SUPER EAGLES JERSEY? | Nigeria Info