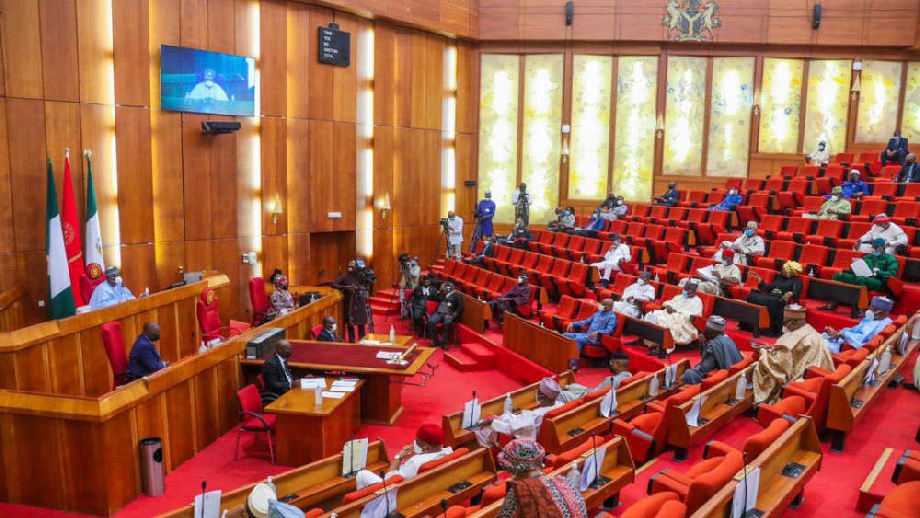 The Senate will reduce the import duty waivers proposed for the 2023 budget by 50 percent.

At an interactive session in Abuja on Tuesday, the chairman of the Senate Committee on Finance, Sen. Solomon Adeola said N6 trillion was proposed as the import waiver for companies in the 2023- 2025 Medium Term Expenditure Framework (MTEF) and Fiscal Strategy Paper (FSP) with revenue generating agencies.

Sen. Adeola said the reduction of the duty waivers is necessitated by the projected deficit of N12.4 trillion in the N19.76 trillion 2023 budget estimates.

Nigeria’s dwindling revenue profile is another source of worry.

The senator said conscious effort must be made to reduce the growing budget deficit.

He harped on increasing revenue generation and blocking leakages.

“About six trillion was provided as waivers for companies in the 2023 proposal, but we should reduce it by 50 percent,” Sen. Adeola said.

He also urged the Ministry of Finance to place 63 government-owned enterprises (GOEs) on cost-of-collection to fund their expenditures with immediate effect.

This, he said, would generate more revenue to fund the deficit envisaged in the 2023 budget.

Sen. Adeola also called for a review of the pioneer legislation status on the tax of some companies in the last five years.

The Minister of Finance, Budget, and National Planning, Zainab Ahmed in her presentation on the overview of the 2023-2025 MTEF/ FSP disclosed that the federal government revenue for 2023 was projected at N6.34 trillion.

She also said the budget deficit for 2023 was projected at N12.41 trillion, while the federal government’s 2023 aggregate expenditure was projected to be N19.76 trillion.

While responding to questions from senators, she said that it was the assumption of the government that fuel subsidy would be exited by June 2023.

She, however, expressed hope that the National Assembly would see a better way of ensuring the exit of fuel subsidy.

The minister said the deficit envisaged in the budget was a concern and that debt servicing was consuming a chunk of Nigeria’s revenue.

Mrs. Ahmed said there was a need to improve the revenue and reduce leakages inherent in the system.

Speaking on tax credits and waivers, she said: “Tax credits are issued only when companies construct projects and the projects are certified and certificates issued by the Federal Ministry of Works.”

The Controller-General of the Nigeria Customs Service (NCS), Col. Hamid Alli (rtd) in his presentation said the service was working on implementing the collection of telecommunications tax in 2023 to boost the nation’s revenue.

The chairman of the Federal Inland Revenue Services (FIRS), Muhammad Nami, told the committee that tax credit was an important innovation of government that has yielded positive results since Sept 2019 when it was introduced through Executive Order 007 by President Muhammadu Buhari.

He urged the committee not to legislate against it as it was only given to companies with evidence of project execution.

He informed the committee that the FIRS generated N5.59 trillion out of the N6.08 trillion projected revenue from January to July 2022.

He also assured the lawmakers that the N10.4 trillion projected for the year would be achieved.

Nigeria’s revenue generating agencies have been appearing before the Senate Committee on Finance at the committee’s five-day programme on projections for the 2023-2025 MTEF-FSP.

The Central Bank of Nigeria (CBN), and the Nigeria Port Authority (NPA) are expected to make presentations before the committee.