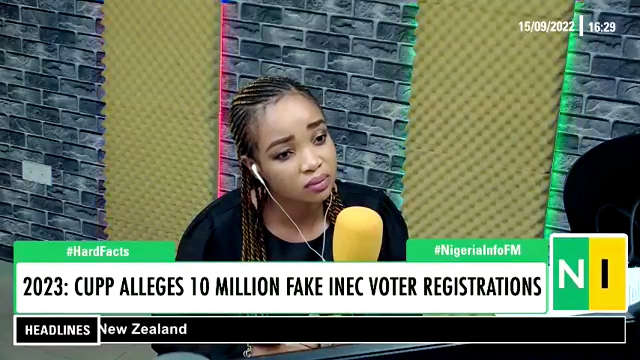 The video stirred reactions from Nigerians as some doubted the commission’s ability to conduct free and fair elections come 2023.

In one of these reactions on Nigeria Info’s Hard Facts, a caller tells Constance Mega, that he has no confidence in INEC delivering credible polls in the 2023 elections.

According to him, though the electoral body did well in the just concluded Ekiti and Osun States elections, the allegations of vote buying reported in the Presidential primaries dashed his hope in the commission’s capacity to provide free and fair election.

He however suggested that elections be cancelled in states or polling units with any report of voter inducement come 2023 elections in order for INEC successfully deliver a free and fair election.

Meanwhile, another caller shares an opposite opinion. This caller expressed confidence in INEC’s ability to carry out a free and fair election.

However, he noted that it is up to Nigerians to decide their fate, citing the provisions of the new Electoral Act. He also added that vote buying will be completely eradicated, only if Nigerians decide not to sell their votes.