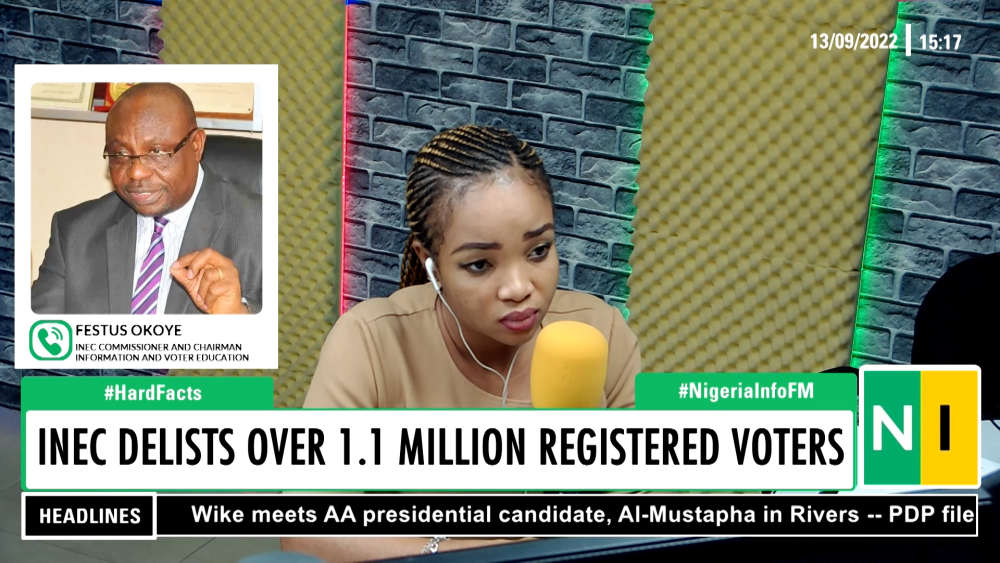 The Independent National Electoral Commission, INEC says double or multiple registrations are responsible for the delisting of over 1.1 million newly registered voters ahead of the 2023 general elections.

This was made known by the INEC Commissioner and Chairman Information and Voter Education Committee, Festus Okoye on Nigeria Info’s Hard Facts.

According to him, the commission discovered that the delisted voters engaged in multiple registrations arising from commercial purposes, ignorance, transfer of polling unit, change of name and others.

“I heard that some politicians were giving people three thousand naira if they can show a slip that they’ve registered” he revealed.

Okoye reaffirmed INEC’s commitment to stamping out multiple votes as a result of individuals being in possession of multiple Permanent Voter Card, PVC.

Mr Okoye also responded to allegations that the commission is conniving with some politicians to disenfranchise certain regions of the country, stating that investigations carried out showed such claims were false.

“Sometimes our registration officers registered only one person a day” he added, lamenting a last-minute attitude of most Nigerians.

Speaking on the fate of the delisted voters, Mr Okoye said the Continuous Voter Registration exercise, CVR will continue after the 2023 elections and those delisted can then register.