NLC protest: " there will be a full-blown strike, if nothing happens after the protest''- Itubo 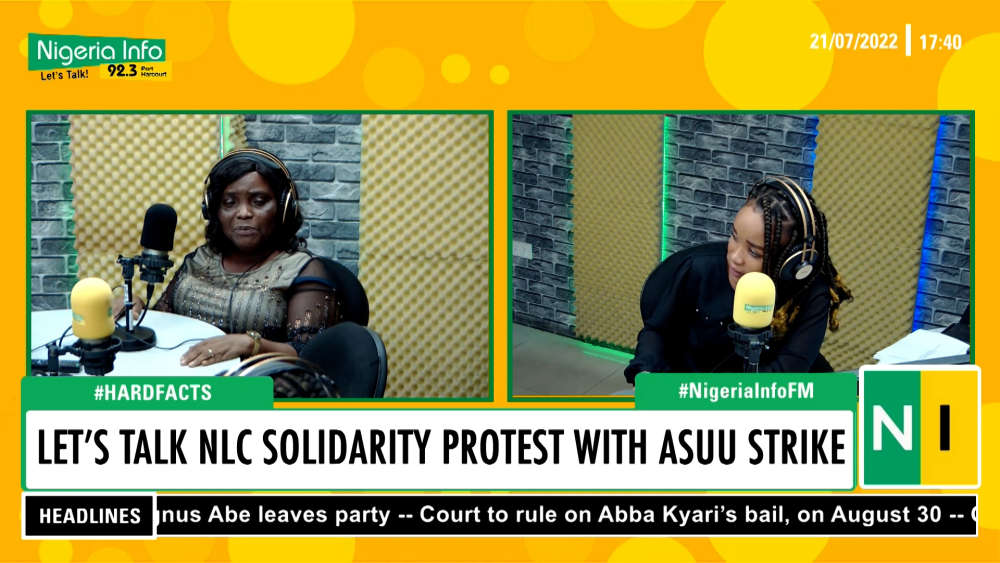 The Chairperson, Nigeria Labour Congress, NLC, Rivers State, Beatrice Itubo says there will be a full-blown strike if nothing happens after its planned solidarity protest.

Itubo made this known while speaking as a guest on Nigeria Info’s Hard Facts.

The NLC had announced it will be embarking on a protest in solidarity with the Academic Staff Union of University, ASUU.

ASUU is currently on a five-month-old strike over demands for better welfare of university lecturers and improved condition of the nation’s tertiary institutions.

Reacting to concerns about the chances of labour's planned protest ending the impasse between the Federal Government and university lecturers, Itubo said the protest will send a message to Nigerians about the happenings in the education sector.

“Every sane society holds the educational sector in very high esteem” she added, revealing that not just ASUU alone but all unions in the academia are on strike.

Speaking on why labour chose to join the ASUU struggle, Itubo explained that  ASUU and other academic unions are affiliates of the NLC and thus the NLC's resolve to commence a solidarity protest.

The Rivers labour chairperson also accused the government of insincerity in its negotiations with the academic union, which according to her has led to the back and forth in the negotiation process.