Tinubu’s Workout Video, Was It Necessary? 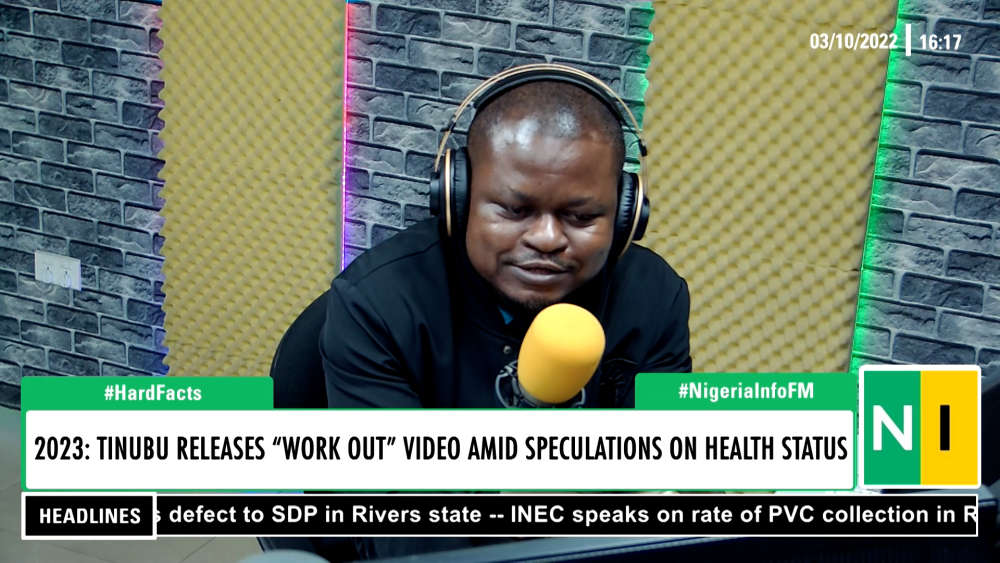 An online video showing All Progressives Congress, APC, Presidential candidate, Bola Ahmed Tinubu working out as he reassures Nigerians he is "healthy, strong, and ready" to serve has stirred reactions from Nigerians.

Concerns have been raised about the health status of Tinubu after he was absent at the signing of a peace pact by presidential candidates as well as the Nigerian Bar Association, NBA annual conference.

His running mate, Kashim Shettima represented him at both events.

There were also speculations that the APC Presidential candidate had withdrawn from the 2023 presidential race.

Reacting to Tinubu's supposed response to critics and whether or not releasing a workout video to prove good health, portend a good sign?

A caller by the name Ernest tells Dayo Elusakin on Nigeria Info’s Hard Facts that the video is “necessary for doubting Thomas”.

Putting forward his argument, he said the 2023 election campaign should be issue-based and not based on health status. According to him, the issue of health is unpredictable.

Meanwhile, did Ernest hold on to this assertion at the end? Find out in this video.