Bauchi Assembly to Promulgate Law Controlling Use of Tobacco 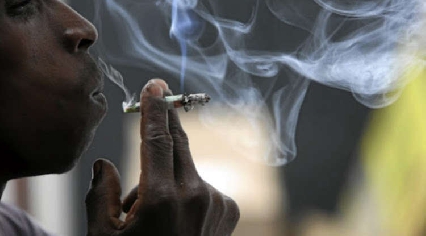 The Bauchi State House of Assembly has expressed readiness to promulgate a law that would control tobacco smoking in the state.

The Speaker, Abubakar Sulaiman said this in an interview with Journalists on Wednesday in Bauchi.

Sulaiman explained that the law would be a milestone in controlling tobacco use.

He said rather than impose an outright ban on the smoking of cigarettes; the law would discourage the use of such products.

Sulaiman said the dangers associated with smoking could not be overemphasised as those who smoke were not only at risk but those around them.

“The tragedy is that those at risk are not just those who smoke but also those around them, their loved ones, their families, neighbours and friends.

“It is important that we regulate smoking and other matters related to tobacco manufacturing and sales.

“We will provide laws that will protect our people from the harmful effects of smoking,” he said.

He emphasised that the society and the businesses involved in the production and sale of tobacco would understand their concern for the health of the people.

Sulaiman said that the law would ensure effective regulation and control of production, manufacture, sale, labelling, advertising, promotion and sponsorship of tobacco and tobacco products.

“It will also ensure a balance between economic consideration and health implications of tobacco manufacture, use and exposure to environmental tobacco smoke.’’

The speaker, however, urged the Civil Society Organisations (CSOs) and Civil Society Legislative Advocacy Center (CISLAC) to hasten the submission of the draft on tobacco control to the assembly.