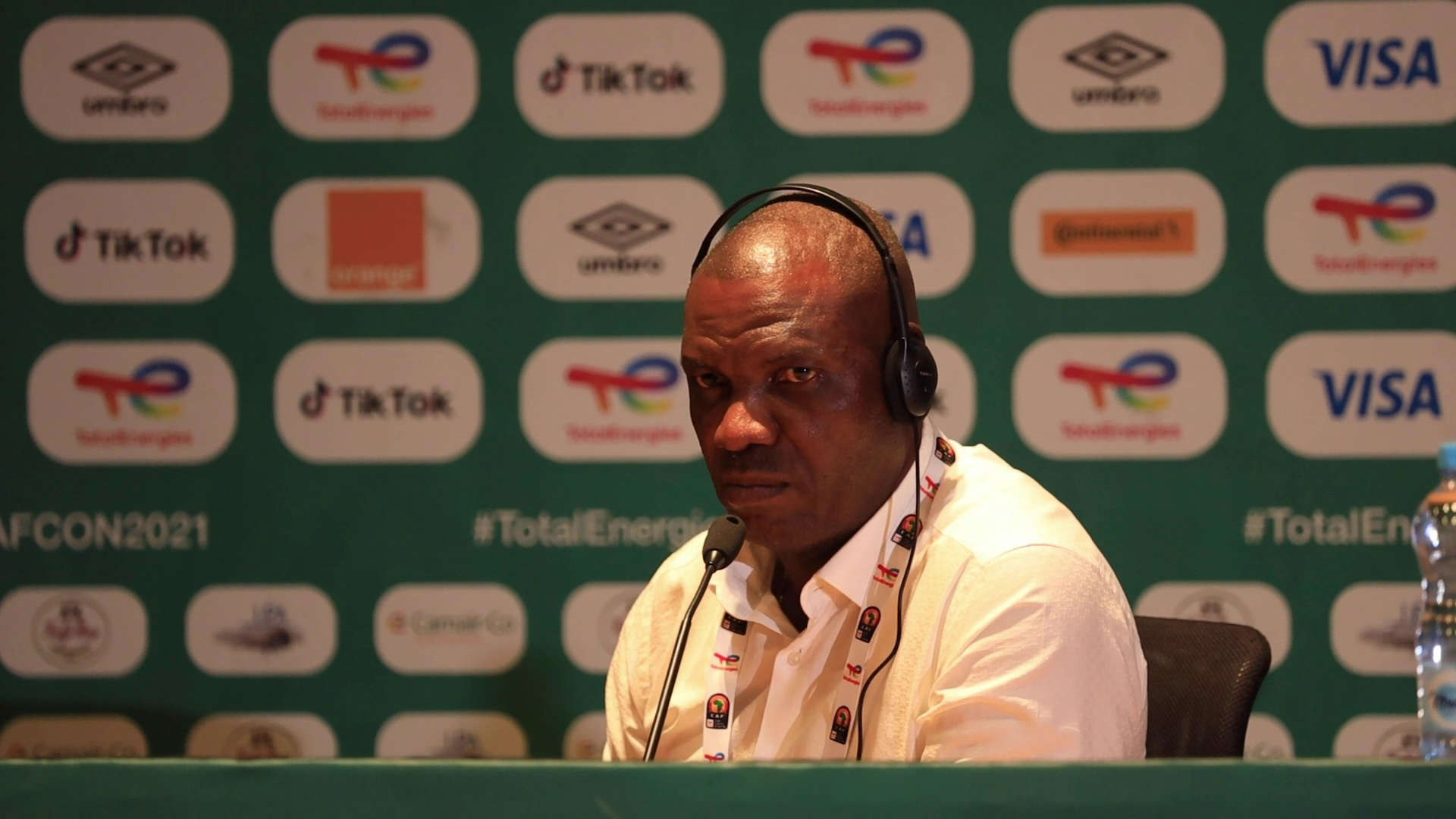 Interim coach, Austin Eguavoen heaped praise on his players after the Super Eagles of Nigeria defeated the African War Dogs of Guinea Bissau 2-0 in the final game of Group D.

Goals from Sadiq Umar and Captain Troost-Ekong was enough to continue the Eagles' unbeaten record.

After making eight changes to the side, Eguavoen praised the performance of his players crediting them for following his instructions and focusing on each game as it comes.

According to him, he had no issues making changes because he believes in the quality of players he has.

"Anyone that has been called up to this team to play would always perform,” he said.

The Super Eagles boss was particularly full of praise for Sadiq Umar who has been in the news for his sub-par substitute performances. The Almeria striker marked his first start with a goal.

On his team's preparedness for the knockout stage, he noted that they would probably not blow teams away but he wants the team to keep winning, irrespective of the score-line.

He also noted that the team would also focus on penalties which can prove vital in the knockout phase.

Eguavoen also gave credit to former Super Eagles coach Gernot Rohr, who he insists, set up about 98% of the team.

The Super Eagles await the completion of the remaining group games to confirm their opponents for the Round of 16.