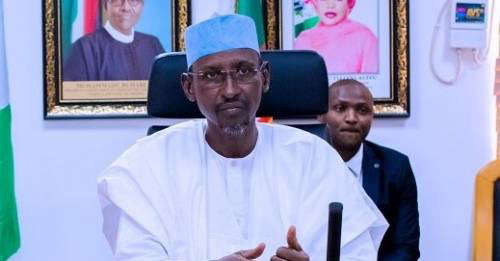 The Federal Capital Territory Administration (FCTA) has assured protesting indigenous youths of Abuja that it will inaugurate the chairmen-elect of six area councils on Tuesday, 14 June at 10 am.

A press statement issued by the Chief Press Secretary to the FCT Minister, Anthony Ogunleye Friday evening, confirmed that the administration has received the certified true copy of the new judgement of the FCT High Court delivered by Justice Ibrahim Mohammed.

The administration said it received the document
at about 2 pm on Friday, 10 June.

The judgement was in respect of the tenure elongation impasse of the area council chairmen.

Justice Mohammed had set aside an earlier judgement delivered on Friday 13 May, granting a one-year extension to the outgoing chairmen and councillors of the FCT's six area councils due to lack of jurisdiction.

The judgement effectively clears the way for the swearing-in of the newly elected chairmen.

In its statement, the FCTA reminded residents that the FCT is a creation of law and that all the actions of the administration are guided by the rule of law.

"We want to reiterate that as a law-abiding organization, the FCTA will equally obey this new judgement just as it had complied with the earlier judgement.

"Further details will be provided in due course," the statement read.

The FCTA further extended its appreciation to all stakeholders for their patience and support.