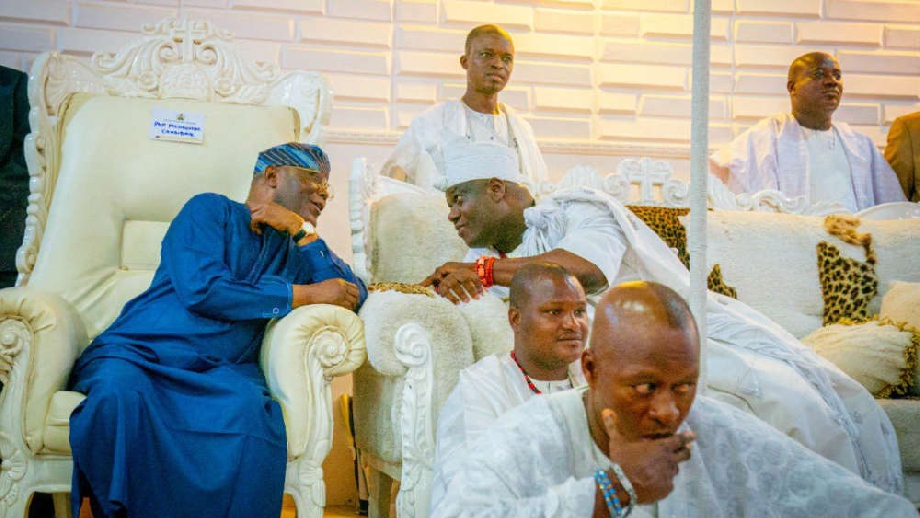 Former Vice-President Atiku Abubakar has restated his pledge to restructure Nigeria if elected as president in the 2023 general election.

The People’s Democratic Party candidate said this when he visited the Ooni of Ife, Oba Adeyeye Ogunwusi, Ojaja II at his palace in Ile-Ife on Tuesday.

“You’ll all recall that from 1999 to 2015, Nigeria witnessed its greatest growth, biggest prosperity, and peaceful coexistence during the PDP era,” he reminisced.

“So that we can secure this country again, make the nation more prosperous than any other country in the continent of Africa.”

Atiku promised to fulfill all his promises if given the mandate in 2023.

“If the mandate is given to PDP, the unity, peace, and stability will be achieved across the nation which will lead to government of national unity,” he said.

He assured that of his plan to bring everybody on board, saying this would attract growth and progress of all and sundry.

“It is only when we have peaceful coexistence in the country unity that we’ll be able to undertake most of our cardinal programs.

”And one of the cardinal programs that we promise the people of this country is to restructure this nation.

“Some people are saying that how can a northerner restructure this country?

“But let me take you to this memory lane that Prime Minister Tafawa Balewa, Alhaji Shehu Shagari, late Murtala Mohammed, they all achieved their plans of restructuring of this country,” he said.

“We’ll also ensure that the National Assembly amends the constitution to give power to all traditional rulers.

“I’ve not come here in this palace to campaign but I am here to give respect to your Royal Highness,” he said.

In his remarks, the Ooni of Ife said Nigerians are interested in seeing prospects and prosperity in their lives.

He encouraged Atiku and other political candidates to love the people, especially the youth.