I’m Not Happy I’m Breadwinner Of My Family But...– Male Caller 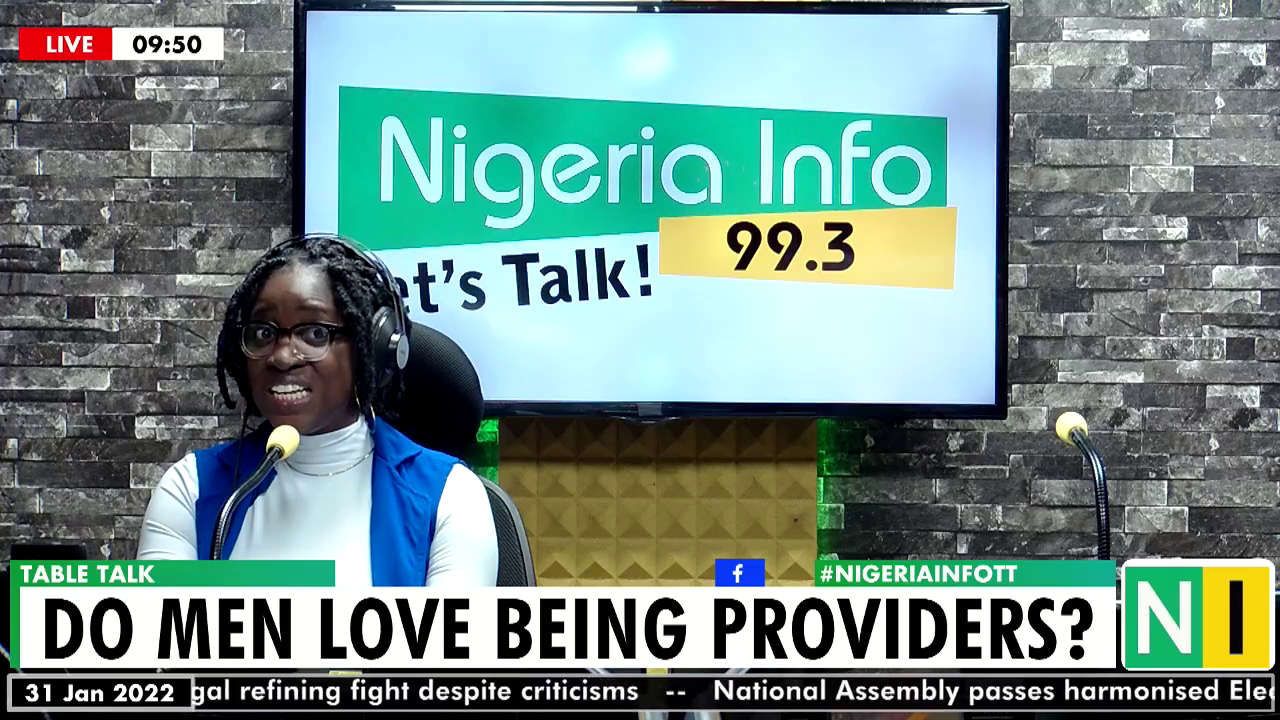 A caller, Gabriel says he hates he is the provider in his family because ” the load” is too much on him.

He said this on the Table Talk while responding to a question asking if “men are happy that they are providers in their family”.

According to him, being a breadwinner is one reason men die early.

Quizzed about why men, despite this, do not feel comfortable when women assume the role of providers instead, he said this is because the minute the woman starts providing in the house, she will no longer respect her husband.

He also said that it will become public knowledge when the woman starts providing for the family and men will rather avoid that.

Responding, show host Wemimo Adewuni, said although Gabriel’s thoughts are relevant, marrying a woman who only respects you because of the money you provide is ill-advised.

Subsequently, A female caller had some things to say that shocked Wemimo. Watch below>>>