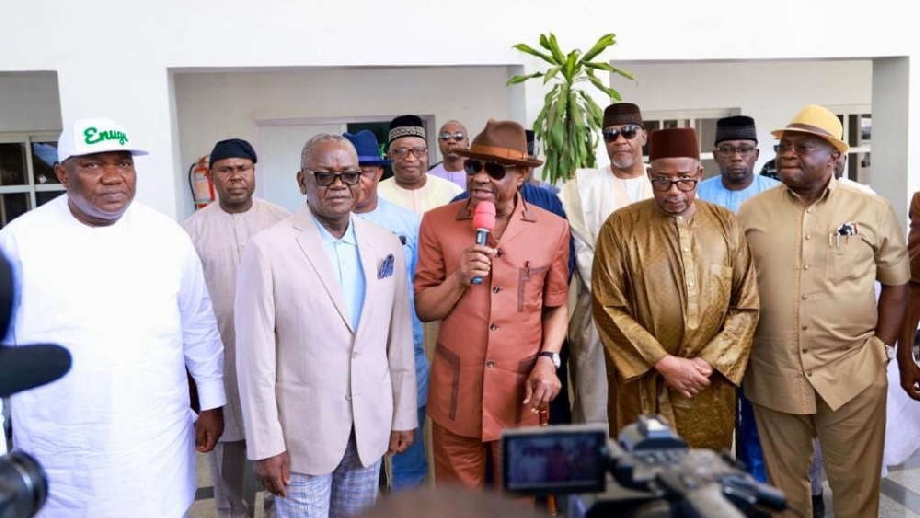 Governor Wike told journalists after the meeting that the PDP-G5 was open to reconciliation with the leadership of the PDP.

“All we are calling for is equity, fairness, and justice,” he said.

“In fact, that is the hallmark that PDP stands for. We have never closed the door and we would not close the door.

He also said the Oyo State governor, Seyi Makinde, was absent because he had other engagements outside Nigeria.

The Bauchi State governor, who is aggrieved with the PDP presidential candidate, Abubakar Atiku, hinted at joining the G5 governors.

“I am supposed to be with them but they excommunicated me for reasons best known to them but I am highly connected to each and every one of them,” he said.

“There is hardly a day I don’t call or speak to one of them because, in politics, you go with the people you share things in common with.

“This presidency (presidential primary) that we ran when my brother was defeated, who in turn defeated me, has brought us close and of course at the governors' forum, we are very close.”

Governor Wike who was the first runner-up in the primary believes he was cheated.

He and the G5 and are also calling for the resignation of the PDP’s National Chairman, Iyorchia Ayu.

They say his continuing as the head of the party goes against the PDP’s principle of not having a presidential candidate and a chairman coming from the same region.

Ayu and the presidential candidate, Atiku are from northern Nigeria.