Attack on Presidential Guards: Nigeria is No Longer a Safe Place - Caller 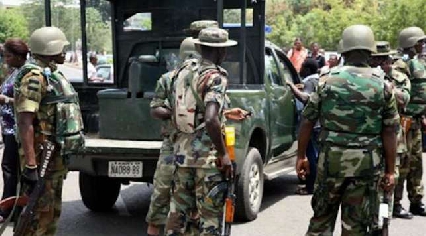 Terrorists have again targeted the seat of governance, the Federal Capital Territory (FCT).

This time troops of the 7 Guards Brigade, responsible for the security of the Presidential Villa and FCT, came under attack in the late hours of Monday.

The troops were reported to have been ambushed by terrorists while on patrol along the Kubwa-Bwari road.

Spokesperson of the Guards Brigade, Captain Godfrey Anebi Abakpa, however, revealed that the attack was successfully repelled by the troops.

This attack comes shortly after those on President Muhammadu Buhari's advance convoy to Katsina State and the Kuje Medium Security Custodial Centre, have indeed raised the question of 'how secure are Nigerians if terrorists can confidently carry out attacks close to the presidency'.

Several callers on Hard Facts with Sandra Ezekwesili weighed in on the recent development.

"When the terrorist attack started, we cried so much then, we made so much noise, but they told us everything was under control," a caller said.

He added that "as far as I am concerned when the government says everything is under control, that is the time you should run as a civilian."

Another caller insists that terrorism will not end until the security detail of "high profile politicians" are withdrawn.

According to him, "they are the key architects of these problems we are having."