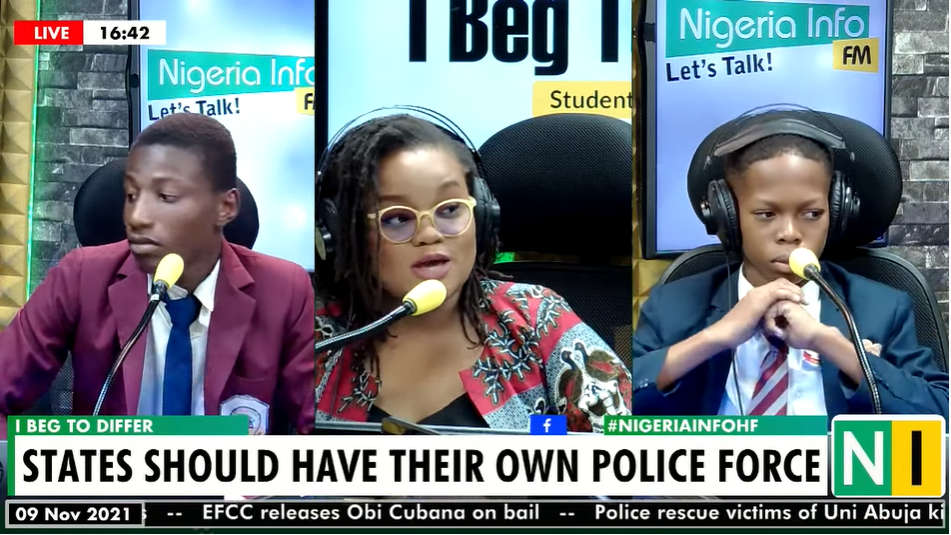 Day 2 of the 'I Beg To Differ' tournament on Nigeria Info’s Hard Facts, saw contestants competing for a chance to progress to the next round of the debate tournament.

Uchechukwu Golden, who opposed the motion, emerged as the winner of the day's first debate session, thus progressing to the next round of the tournament.

The second debate session paved way for 14-year-old Timilehin Bolaji, and 11-year-old Ebuka Ebule to slug it out on the topic: 'States should have their own police force?'

Ebuka Ebule, who supported the motion insisted that state policing will reduce the crime rate by confining criminals to their local roots.

His opponent, Timilehin Bolaji was of the opinion that state policing could lead to "regionalistic bias" as some officers may favour individuals from their region.

Ebuka Ebule, after consideration from the panel of judges, emerged as the winner of the second debate session, thus progressing to the next round of the tournament.