Tinubu: It's Time to Retire the APC and PDP - Caller 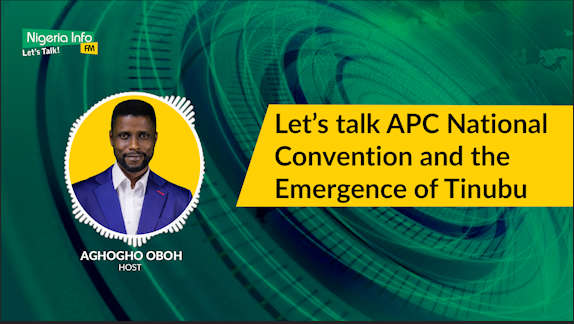 Reactions continue to trail the emergence of Bola Tinubu as the 2023 presidential candidate of the All Progressive Congress.

A number of callers on Nigeria Info's Hard Facts were of the opinion that the clamour for a South Eastern presidency will only come to fruition if South Easterners rally around a particular candidate.

Others congratulated the former Lagos State governor for what they described as a "well deserved victory."

According to them, the APC candidate will most likely have a smooth ride in 2023.