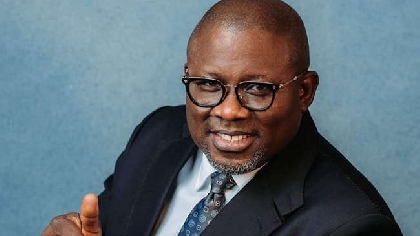 The Speaker of the Delta State House of Assembly, Hon. Sheriff Francis Oborevwori has been declared the winner of the People's Democratic Party (PDP) governorship primary election in the state.

The election took place Wednesday at the Stephen Keshi Stadium in Asaba.

824 accredited delegates drawn from the 25 Local Government Areas of the state voted to elect Hon. Oborevwori.

“With this votes poll, Rt. Hon. Sheriff Francis, having polled the highest votes of 590, out of 821 valid votes, is hereby declared the gubernatorial candidate of our party in Delta State,” he said.

The election was witnessed by officials of the Independent Electoral Commission (INEC), PDP leaders led by Governor Ifeanyi Okowa, and security agencies.

Hon. Oborevwori was unavailable to give his remark after the election, as he had left the venue before the results were announced.

Earlier, the chairman of the electoral committee, Chief Nduibuisi announced that 14 aspirants were successfully cleared to contest, but one was absent.

A former Minister of State for Education, Chief Kenneth Gbagi, had pulled out of the contest on Monday and did not show up at the venue.

A party stalwart, who addressed newsmen shortly after the exercise, described the primary as very peaceful and said all the aspirants will work for the success of the party in 2023.

“Nobody lost an election. It is a beauty of democracy. It is a family affair, everybody is under the umbrella of PDP.

“In the coming general election, Delta is a PDP state and with a unifier onboard like Oborevwori, Delta State is up again for a win, win and winning,” he concluded