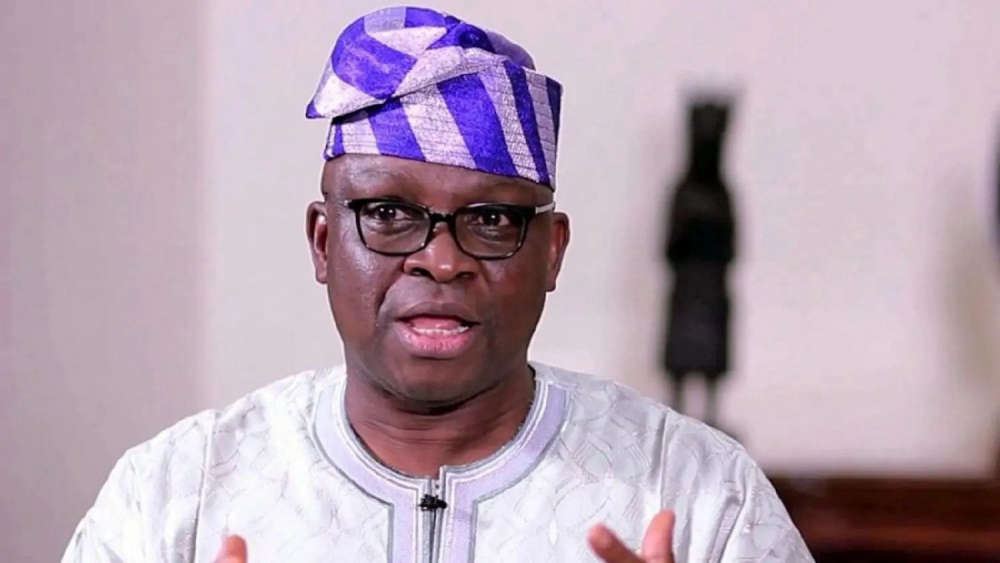 The money laundering trial of a former Governor of Ekiti State, Ayodele Fayose, was on Monday, stalled before a Federal High Court in Lagos.

The case could not proceed as the trial judge, Justice Chukwujekwu Aneke was reportedly attending a conference.

Mr. Fayose is being prosecuted by the Economic and Financial Crimes Commission (EFCC) for alleged N6.9billion fraud and money laundering.

He denies the charges.

He was first arraigned on 22 October 2018, before Justice Mojisola Olatotegun, alongside his company, Spotless Investment Limited, on 11 counts bordering on fraud and money laundering.

He pleaded not guilty and was granted bail on 24 October 2018, in the sum of N50 million with sureties in like sum.

A number of witnesses, including bankers and a former Defence Minister, Musiliu Obanikoro testified against him.

Mr. Fayose was re-arraigned before Justice Chukwujekwu Aneke, on 2 July 2019, after the case was withdrawn from Justice Olatoregun, following EFCC’s petition.

He also pleaded not guilty to the charges and was allowed to continue on the earlier bail granted, while the case was adjourned for trial.

The EFCC has since opened its case before Justice Aneke.

A new date is yet to be agreed upon for the continuation of the trial.

The Charges Against Fayose

Receiving $5 million from the then Minister of State for Defence, Musiliu Obanikoro, without going through a financial institution.

Retaining N622 million in his bank account(s) alleged to be crime proceeds.

Procurement of properties worth N1.6 billion in Lagos and Abuja that form part of crime proceeds.

Buying N200 million property in Abuja in the name of a family member.