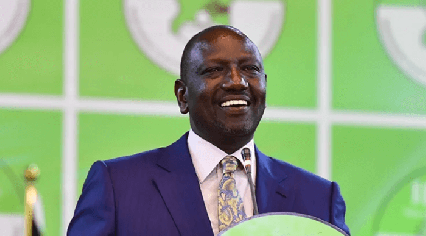 The ruling on Monday amidst tight security at the apex court comes after presidential hopeful, Raila Odinga challenged the outcome of the August 9 presidential election.

In his petition, Mr. Odinga claimed to have "enough evidence" to prove he won the vote.

He sought the ears of Kenya's apex court to decide if there was any interference with vote returns from polling stations.

In Monday's ruling, Kenya’s Chief Justice and President of the Supreme Court said, “We declare the election of Ruto as valid. It is our finding that the declared president-elect (Ruto) acquired 50 percent plus one vote required by the Constitution.”

“We are satisfied that the IEBC chair and the four commissioners carried out the verification, tallying, and declaration of results in accordance with article 138 of the constitution,” CJ Koome added in the summarised ruling.

Ruto who ran on a United Democratic Alliance (UDA) ticket, secured 7.18 million votes (50.49 percent) to be declared the winner of the August 9 poll.

Odinga, who ran on the Azimio la Umoja-One, garnered 6.94 million (48.85 percent) of the votes to emerge second in the keenly fought presidential election.

The ruling affirms William Ruto as the fifth president of the East African nation.