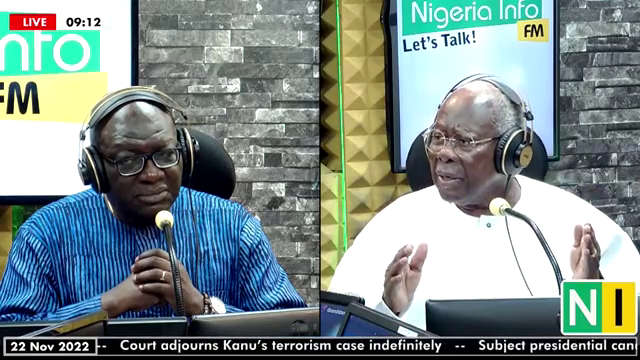 A Peoples Democratic Party (PDP) chieftain, Bode George, says he’s yet to decide if he will vote for his party’s presidential candidate, Atiku Abubakar, in the 2023 presidential elections.

Chief George said this in a chat with Jimi Disu on Daily Digest on Thursday said The only things he is certain of are that he will vote in the elections, and he won't vote for Bola Tinubu of the APC, but all the other details are "still open" to him.

Speaking further on the rift in the PDP between the G5 governors led by Governor Nyesom Wike and Atiku, the Former Ondo State Military governor said reconciliation is still an option and there is still time for that before the election.

He however insists that for that to happen, Party Chairman, Iyorchia Ayu, must leave office.

Ahead of the governorship election in Lagos, he acknowledges that all is not well with the PDP in Lthe State, but he is supporting the gubernatorial candidate, Abdul-Azeez Olajide Adediran, popularly known as Jandor.

You can watch part of the interview below or the full interview here: