Condolences Pour in for Queen Elizabeth 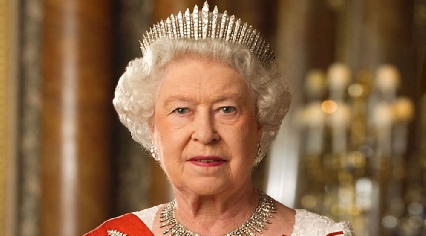 Condolence messages have been pouring in for the Queen of England after her death was announced by Buckingham Palace on Thursday.

The Queen passed away “peacefully” at the age of 96 years, after 70 years on the throne, being the longest reigning monarch in British history.

She was born Elizabeth Alexandra Mary Windsor, in Mayfair, London, on 21 April 1926.

The Queen died peacefully at Balmoral this afternoon.

The King and The Queen Consort will remain at Balmoral this evening and will return to London tomorrow. pic.twitter.com/VfxpXro22W

During a radio address in 1947, she was quoted to have said: "I declare before you all that my whole life, whether it be long or short, shall be devoted to your service and the service of our great imperial family to which we all belong."

Reacting to the death of the Queen, The White House Press Secretary, Marine Jean-Pierre said: "Our hearts and our thoughts go to the family members of the Queen, goes to the people of United Kingdom.”

“I don't want to get ahead of what the President is going to say," Jean-Pierre said at the end of a White House press briefing.

The Premier League has also sent its condolence message on the death of her Majesty.

The Premier League is deeply saddened to hear of the passing of Her Majesty The Queen, Elizabeth II. Our thoughts and condolences are with The Royal Family and everyone around the world mourning the loss of Her Majesty. pic.twitter.com/UlaLXEOdke

Tottenham Hotspur joins the nation in mourning the death of Her Majesty Queen Elizabeth II.

The Club should like to extend its condolences to all members of the Royal Family at this sad time. pic.twitter.com/dg9kjs62N1

Newcastle United FC, Arsenal, and Chelsea have also sent their condolences to the United Kingdom.

Newcastle United and its owners are deeply saddened by the passing of Her Majesty Queen Elizabeth II.

We join the world in sending our deepest condolences to the Royal Family.

We are deeply saddened to hear of the passing of Her Majesty The Queen.

Along with many of our supporters today, we will be taking time to mourn and reflect on Her Majesty’s incredible life and devoted service.

Chelsea Football Club is deeply saddened to learn of the passing of Her Majesty Queen Elizabeth II. We join those mourning in the UK and across the world.

We would like to send our condolences to the Royal Family and everyone affected by this very sad news. pic.twitter.com/FUysCESRt4

Government officials and notable leaders of various countries have been sending their condolence messages on the passing of the Queen.

It is with deep sadness that we learned of the death of Her Majesty Queen Elizabeth II. On behalf of the 🇺🇦 people, we extend sincere condolences to the @RoyalFamily, the entire United Kingdom and the Commonwealth over this irreparable loss. Our thoughts and prayers are with you.

I extend my sincere condolences to the family of Queen Elizabeth II and the people of the UK. Her Majesty was a close friend of the UAE and a beloved & respected leader whose long reign was characterised by dignity, compassion & a tireless commitment to serving her country.

Very sad to hear about the passing of Her Majesty Queen Elizabeth II. My condolences to the royal family, the British and Commonwealth peoples. She was an anchor of the English speaking world and a commanding presence on the world stage. May she Rest In Peace. pic.twitter.com/NPHYyR1nrR

Queen Elizabeth was Head of the Commonwealth, Commander-in-Chief of the British Armed Forces, and the Supreme Governor of the Church of England.

She was also patron of more than 600 charities and organisations.

The Queen got married to her wartime sweetheart Prince Philip at Westminster Abbey. In 2017 the couple celebrated their 70th wedding anniversary, the only royal couple to ever reach their platinum anniversary.

The Queen and Prince Philip have been celebrating their 70th wedding anniversary today -
here's a gallery of images from their seven decades of marriage https://t.co/f1HKYFcqBS pic.twitter.com/TcbYT9dYeP

On her death, the Queen's eldest son and heir, Charles, the former Prince of Wales, has become the new Monarch of the United Kingdom.

A number of titles that she held will now automatically pass to her son and heir.

In a statement signed by the new Monarch, he said the family is saddened by the death of the Queen.

A statement from His Majesty The King: pic.twitter.com/AnBiyZCher