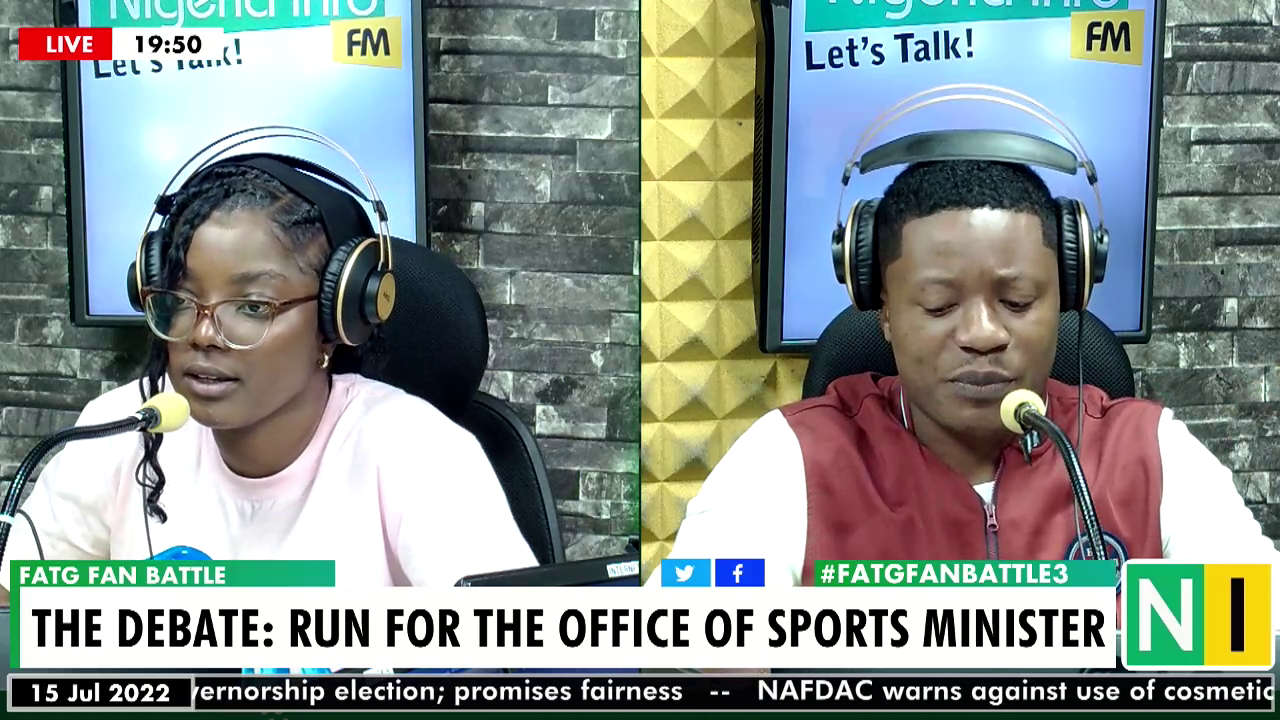 From 32 contestants to two finalists, Season 3 of FATG Fan Battle has been filled with everything: informative debates, outright arguments, banter, fun and all-round entertainment.

Muslimah ‘Limah’ Malik is set to battle against Success Omonijo for the grand prize of N1 million.

Limah, who has been outstanding over the course of the tournament has suffered just one defeat, with that loss coming coincidentally against Success so she will surely be out for revenge on Wednesday night.

In the semi-finals, she battled against Prosper Ubani.

Success on the other hand - after losing his first battle to Adenike Olusiku - has gone on to win all of his other contests, defeating Chinenye Udezuka in the semi-finals.

The final doesn’t get better than this with two contestants who have shown brilliance all through.

At the end of the day though, there will be only one winner.

Who will that be? We’ll find out on Wednesday night.