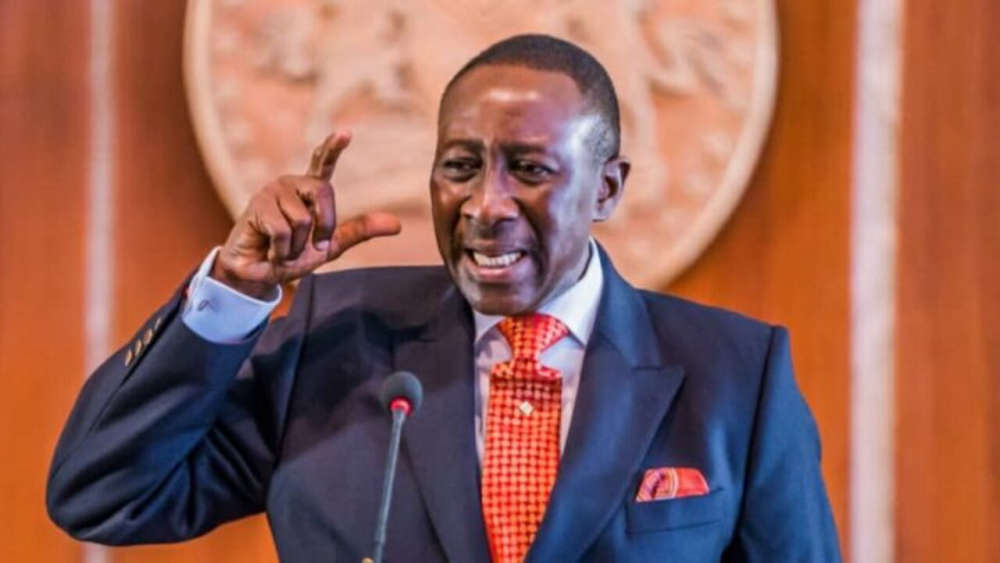 He told State House correspondents after the National Security Council meeting presided by President Muhammadu Buhari on Thursday that the council observed that Nigerians were adopting self-help.

“Council deemed it necessary to inform the general public, that fighting this type of asymmetric conflict is a collective effort.

“It is true that the local people are averse, they're scared, they're worried and there's no confidence.

“That is understandable. But without their support; without the cooperation in terms of giving information, it makes it very hard for the operational elements,” he said.

The NSA promised that there would be a new momentum against insecurity and announced that the special investigation into the recent breach at the Kuje Correctional Centre will be concluded soon.

He appealed to the media to be more circumspect in reporting security, especially the activities of terror gangs.

“Council is also concerned about the nature of media reporting incidents with regards to insecurity,” he told the correspondents.

“It is important for the media to understand that certain reports being generated by the media, either the way orthe manner in which they report can also aggravate this delicate situation.

“So Council is urging the media to be very careful in whatever it reports, whatever gets out to the public spacecan have a debilitating effect on the population.

“Equally, the political elite is also urged to take into account the consequences of utterances, especially from people who have established a reputation, people who are considered leaders of thought, people who are considered to have some kind of influence in society, whatever goes out, may be harmful, not just to the government, if that is the intention, which I doubt may not be a deliberate thing, but at the end of the day, it will affect the wider society.”

The NSA was joined in the briefing by the Inspector-General of Police, Usman Alkali.