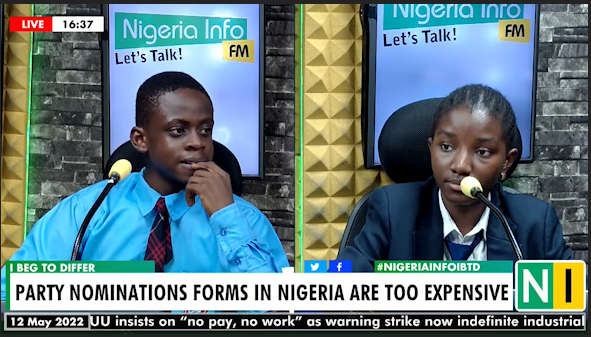 David Chukwuemeka Edwards of The African Church Model, Esther Bewaji of Silversands Hall School, and Hameed Olarenwaju of Rainbow College Day School have all qualified for the quarterfinals of the ongoing 'I Beg To Differ' debate tournament.

Chukwuemeka, the session's winner, argued that the power of pardon acts as a safeguard against unjust convictions.

Following an intense round of debate, Esther Bewaji was declared the winner.

The last Round of 16 debate had Hameed Olarenwaju faceoff against Olaloye Toluwalase of Covet The Redeemer College.

They both debated the topic: The Lagos State Government Should Run Bus Parks.

After a heated debate, 14-year-old Hameed Olarenwaju won the final quarterfinal spot after consideration by the panel of judges.