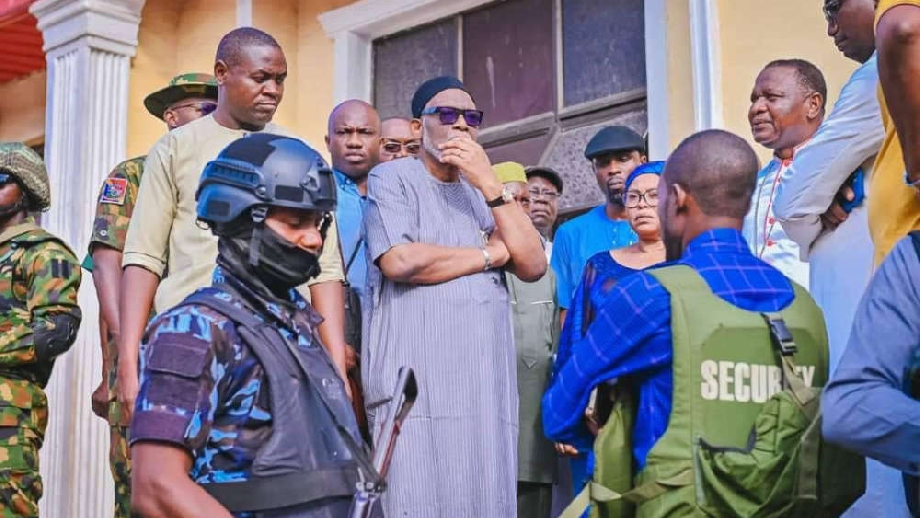 The Minister of Interior, Rauf Aregbesola announced this to State House Correspondents on Thursday after the National Security Council meeting presided by President Muhammadu Buhari.

Ogbeni Aregbesola said security agencies are presently on the trail, with a view to apprehending the attackers.

He stressed that the attack had no ethnic or religious inclination, as widely speculated.

The Minister of Interior further said that the National Security Council equally voiced immense concern at the recent blasphemy attacks in Sokoto and the Federal Capital Territory.

He added that President Buhari directed security personnel to quickly nip such attacks in the bud and ensure the culprits are arrested and prosecuted.

The Minister also said the President directed the deployment of adequate security personnel and apparatus for the forthcoming Osun and Ekiti State elections slated for Saturday.

Responding to questions on the abduction of the Methodist Prelate in South-East Nigeria, the Inspector General of Police (IGP), Usman Alkali Baba said no arrests have been made.

The IGP, equally said positive indications reveal that the victims of the abducted Kaduna train attack, who were kidnapped in March would be released soon; as well as other victims of abductions across the country.

He used the occasion to announce that the police will be deploying over 17,000 personnel to Ekiti State for this month's governorship election.

The NSC meeting, which was held at the Council Chambers was attended by Vice President Yemi Osinbajo; the Secretary to the Government of the Federation, Boss Mustapha; the Chief of Staff to the President, Professor Ibrahim Gambari; and the National Security Adviser (NSA), Major General Babagana Monguno (retd) as well as security chiefs and principal staff of the federal cabinet.