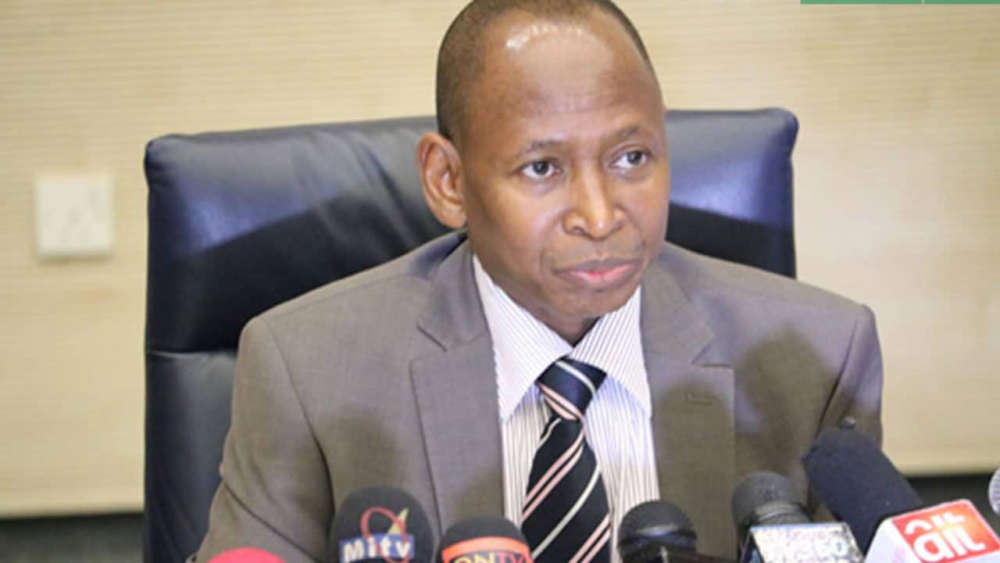 An FCT High Court on Friday ordered that the suspended Accountant-General of the Federation, Ahmed Idris, and three others be remanded in Kuje Correctional Facility over alleged N109.5 billion fraud.

The other defendants are Olusegun Akindele, Mohammed Usman, and Gezawa Commodity Market and Exchange Limited.

The Economic and Financial Crime Commission (EFCC) arraigned them on a 14-count charge of alleged misappropriation of N109.5 billion.

Justice O. Adeyemi Ajayi gave the order after the submission of all counsel in the matter.

The hearing in the bail applications has been fixed for 27 July.

Earlier, counsel to Idris, Chris Uche (SAN) prayed the court to allow the defendant to continue with the administrative bail granted to him by the EFCC.

Mr. Uche said the EFCC has the defendants’ international passports and urged the court to permit them to come back on Monday and not remand them at any correctional facility.

However, the EFCC’s counsel, Rotimi Jacobs (SAN) countered that the bail ended once the charge was filed.

He argued that allowing the defendants to go home after their arraignment, without hearing and determining their formal bail applications would send a wrong signal to society.

Delivering her ruling, Justice Ajayi held that the court was not a puppet to dance to the rhythm of public opinion.

The defense counsel pleaded that his client is remanded in EFCC custody rather than the Kuje Correctional Centre which he said was porous.

The Case Against the Suspended Accountant-General

The money was allegedly a motivation for accelerating the payment of 13% derivation to Nigeria’s nine (9) oil-producing states.

The anti-graft agency also alleged that N84,390,000,000 (N84.39 bn) from the federal government’s account was converted by the first and second defendants between February and November 2021.

The EFCC said the offenses contravene Section 155 and 315 of the Penal Code Act Cap 532 Laws of the Federation of Nigeria 1990.

The defendants pleaded not guilty to the allegations against them.