Nigeria Has Only One Tracking Device -Police 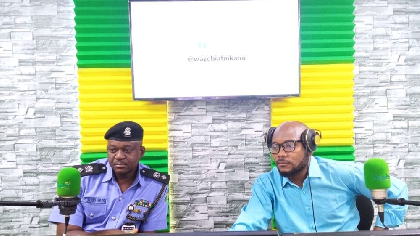 The police have linked the persistence in phone and car snatching to the lack of adequate tracking devices that help in recovering these stolen items.

The spokesperson said the tracker which is in the office of the Inspector-General of Police is free, and tracking can take nearly a year.

"We have just one tracking machine. The problem of Nigerians is that we are not patient.

"You cannot start investigation a day and finish that same day, tracking can take up to a year," he said.

Mr. Adejobi who was agitated by the impatience of some Nigerians however stressed that there are many other critical cases that are of more priority than the issue of phone tracking.

"The information the Police Force monitors is not an easy task.

"There are attempted kidnapping of over 200 people in a village. Should I leave such case to track to chase after phone?

"I will rescue lives first before I think of property," Mr. Adejobi insisted.

He further advised victims of item-snatching to liaise with their various state Police spokespersons who will forward the relevant tracking details to the police headquarters where a process would be followed through.