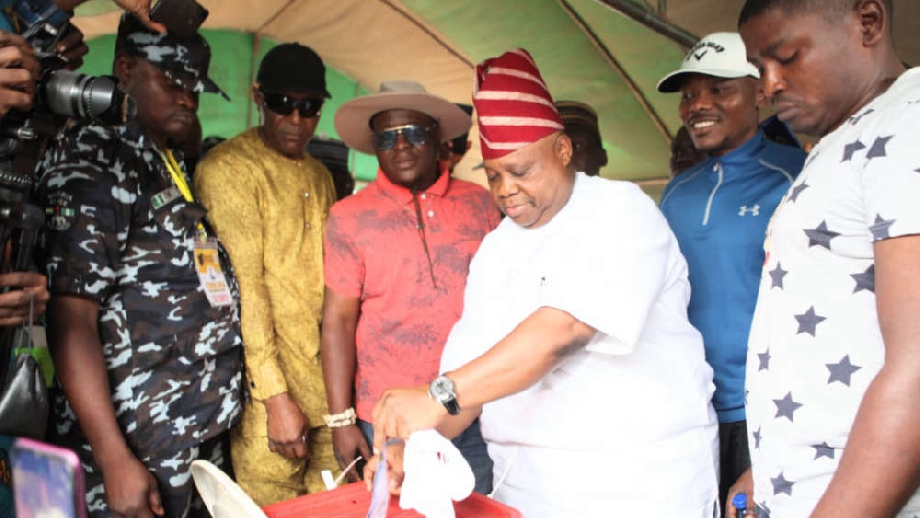 The INEC Resident Electoral Commissioner (REC) in Osun State, Abdulganiy Raji has attributed the success of last Saturday’s governorship election to the joint effort between the electoral umpire and the electorate.

Professor Raji said this while speaking on Nigeria Info’s News and Current affairs programme "The Newsroom".

“It’s a joint effort, we learned lessons from previous elections. INEC at the headquarters also improved the electioneering procedure and the people of Osun State and the whole country actually cooperated.”

The REC said the commission prepared extensively by coming up with new initiatives that would surpass the success recorded in Ekiti State.

“We embarked on extensive preparations which we actually did by coming out with a number of new initiatives which included the creation of new polling units, continuous voter registration, and very extensive voter education which led to a number of achievements.”

He also noted that INEC’s outing in Ekiti State spurred the commission into action to make sure it surpassed the success record in the state.

Prof Raji assured Nigerians that preparation is in top gear to ensure a hitch-free election in the 2023 general election.

“We started preparing for the 2023 elections almost four months ago so a lot of activities have started, usually we always have about 14 activities, we are on activity four now.”

He insisted that the commission has enough machines and materials to register voters but that the electorate preferred the last-minute rush.

“We have this 11th-hour syndrome in the country, it’s not as if we don’t have adequate measures in place, we have enough machines,” he said.