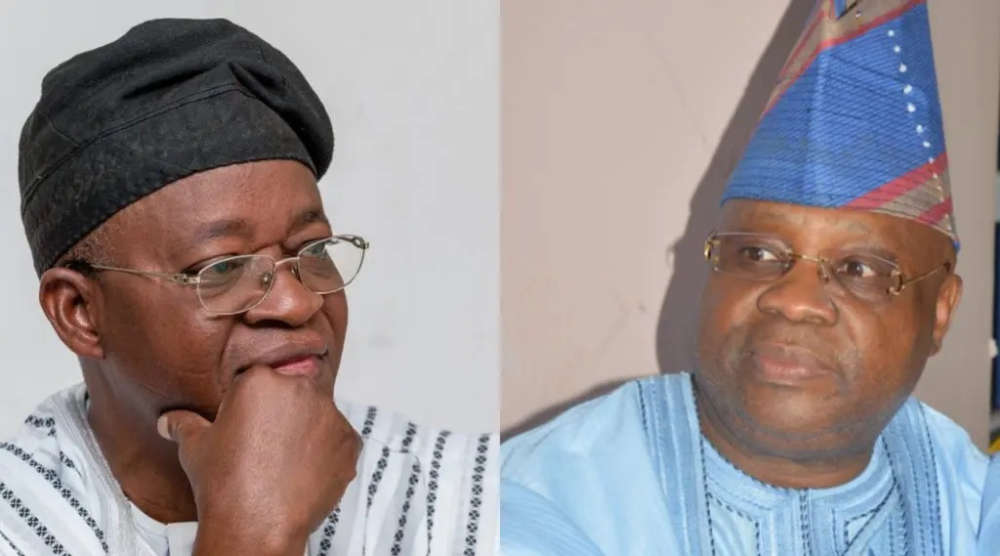 The Osun Election Petition Tribunal sitting in Osogbo, on Monday, granted permission to Gov. Gboyega Oyetola and the All Progressives Congress (APC) permission to inspect materials used for the July 16, governorship poll.

The tribunal also granted the plaintiffs’ request to electronically scan the voters’ register used for the election, as well as the election ballot papers.

Justice Tertsea Kume, the chairman of the tribunal, while granting the two applications (motion exparte) by the plaintiffs, ordered that Osun governor-elect, Sen. Ademola Adeleke, be summoned through ‘substitution of service of notice’.

Kume said that the notice of summon should be pasted on the notice board of the tribunal.

Earlier, Chief Yomi Aliyu (SAN), the counsel to APC/Oyetola, while speaking on the two applications, said that every effort made by the court bailiff to serve Adeleke the notice of summon, failed.

He said the bailiff went to his house at Aisu , Ede, but that the security guards turned the bailiff away after a call was made to someone in the house that directed them not collect the summon notice.

He said that the bailiff explained (in an affidavit presented) that his security was threatened when he went to serve Adeleke the summon notice at his home.

Aliyu prayed the tribunal to substitute the notice of service by pasting it on the notice board of the court.

The News Agency of Nigeria (NAN) reports that Oyetola and APC are plaintiffs in the suit challenging the victory of Adeleke at the governorship election.

Oyetola and APC however, joining the Independent National Electoral Commission (INEC) and the Peoples Democratic Party (PDP) as respondents in the suit. (NAN)