We are Ready for Anambra Elections – INEC 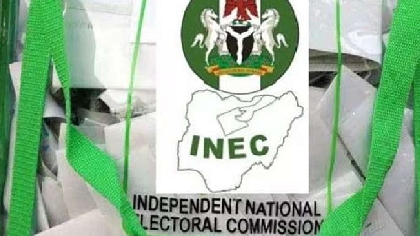 Ahead of the Anambra State Governorship elections which is scheduled to hold on the 6th of November 2021, the Independent Electoral Commission (INEC) says the official register of voters and final list of nominated candidates will be ready on 7th October, 2021.

INEC made this known in a statement signed by its National Commissioner and Chairman, Information and Voter Education Committee, Festus Okoye.

Okoye says ‘’The Permanent Voters’ Cards (PVCs) of the new registrants will be ready for collection on or shortly after 7th October.

‘’Registrants will be notified accordingly through their respective email addresses and telephone numbers when their PVCs are ready for collection,’’ he added.

Speaking on the preparedness of the Commission, he says ‘’appreciable progress’’ has been made in fixing its facilities which was destroyed in an attack earlier this year.

According to INEC, the stores which were burnt during the attack have now been rebuilt and ready to receive materials.

He also added that the ‘’repairs of the Collation Centre and other affected facilities are almost completed.

‘’Appreciable progress has been made in fixing the facilities of the Commission destroyed during the 23rd of May 2021 attack on our offices.

‘’The burnt stores have been rebuilt and ready to receive materials.’’

The Commission further announced that political campaigns across the state will end on 4th November while also enjoining ‘’critical stakeholders’’ to continue to ‘’display decorum and conduct their activities in the best traditions of liberal democracy.’’