Why We Have Multiple Court Cases Against Govt - SERAP 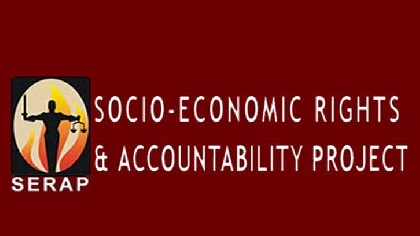 Socio-Economic Rights and Accountability Project, SERAP has defended its numerous lawsuits against the government.

"Before any deliberation about the lawsuit, SERAP would have written an open letter or advisory to some public officers or institutions by way of request asking for some specific things to be done,” Olúwádàre noted.

Olúwádàre however regretted the incessant disregard of court judgement by some government agencies.

He said: "it’s just so sad that agencies of government would disregard judgement of the court knowing fully well that the judiciary is just another arm of government that operates within the principle of separation powers.

“When we see the executive just disobey those judgements, it undermines the judiciary not only on the administration but also to play its roles within the rule of law.

“Also, we continue advocacy as we are doing right now, hopefully, the government will see reason and obey the laws of the land that mandates the government to bring Judgement to all," he added.  Share this: