IBTD: 14-year-old Qoowiyyah and 15-year-old Artemus Advance to the Quarterfinals 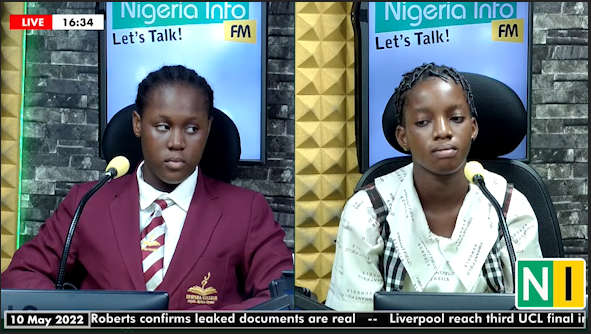 14-year-old Qoowiyyah Wuraola and 15-year-old Artemus Pius-Omo, both of At-Tanzeel Schools are the latest quarterfinalists at the Nigeria Info ‘I Beg To Differ’ student debate tournament.

The day's session started with Qoowiyyah Wuraola Salam and 14-year-old Maryam Kabir-Mamman debating the topic: 'The National Grid Should Be Decentralised.'

Qoowiyyah, the motion's supporter and winner of the first debate session, explained that a decentralised national grid would produce better quality power throughout the country because each state would generate power according to its capacity.

Nevertheless, her opponent Maryam argued that the lack of adequate manpower to maintain several power grids is a sufficient reason for the national grid to remain centralised.