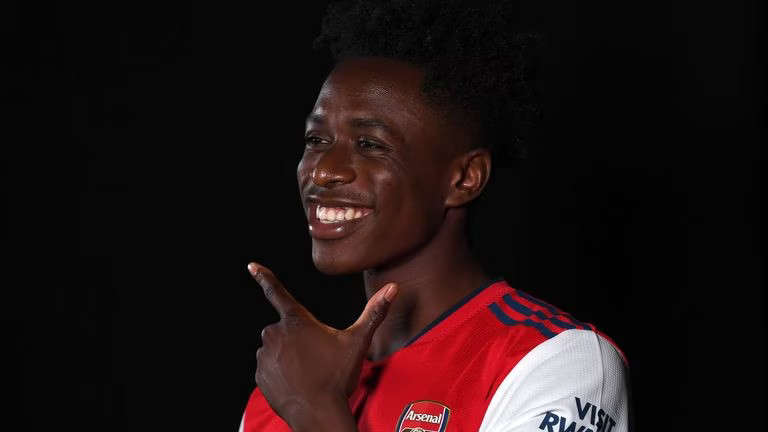 ...Lokonga signed for an undisclosed for a fee believed to be in the region of £17m

Belgium U21 international Albert Sambi Lokonga has completed his move from Anderlecht to Arsenal. The 21-year-old has joined on a long-term deal.

The transfer fee, though undisclosed is believed to be in the region of £17m.

He is expected to travel with the rest of the squad on Wednesday for their pre-season training camp in Florida.

Speaking after the club confirmed the deal, manager Mikel Arteta said, "We're confident Albert's ready for the next stage in his development and we're looking forward to welcoming a new member to our squad with his quality and presence."

Lokonga who received his first senior call-up earlier this year when he was an unused substitute against Greece said, "It's a big step, but I feel confident because we have to be. In the football world, you have to feel confident about yourself, but I'm looking to play in this league and I can't wait to start."

Lokonga will wear the number 23 with Sambi on his shirt.

Meanwhile, the Gunners are also close to completing the signing of England international Ben White from Brighton after agreeing a £50m deal with the Seagulls.