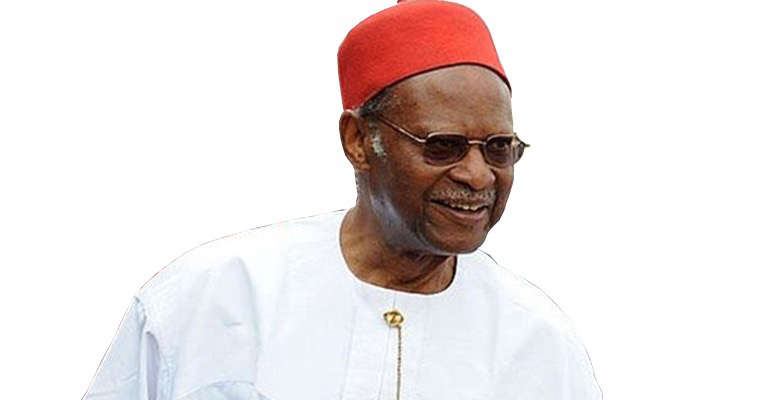 Former Secretary-General of Commonwealth of Nations, Chief Emeka Anyaoku on believes that Nigeria is fast drifting away from the dreams and ideals of her founding fathers.

The view came to bear at the 10th edition of the Chief Emeka Anyaoku Lecture on Good Governance held in Awka, Anambra State Capital.
The event attended by the governor of Anambra State, Dr. Willie Obiano, who described Anyoku as one of the outstanding stars of the state, was chaired by a former governor of Cross River State, Donald Duke.

Speaking at the event, the Anambra-born eminent personality said events of the current era have necessitated his speaking out in public, despite his resolve to stay away several decades ago.

According to Anyaoku, the degeneration of the country into international irrelevance in diplomatic circles and its slide into the ranks of poverty-stricken nations is a worrisome development.

“For some time now, media houses have beseeched me with requests for interviews but I have consistently said no.
“This is because I am now of the age that has moved from being sad about developments in our country, to being depressed about the developments in the country. 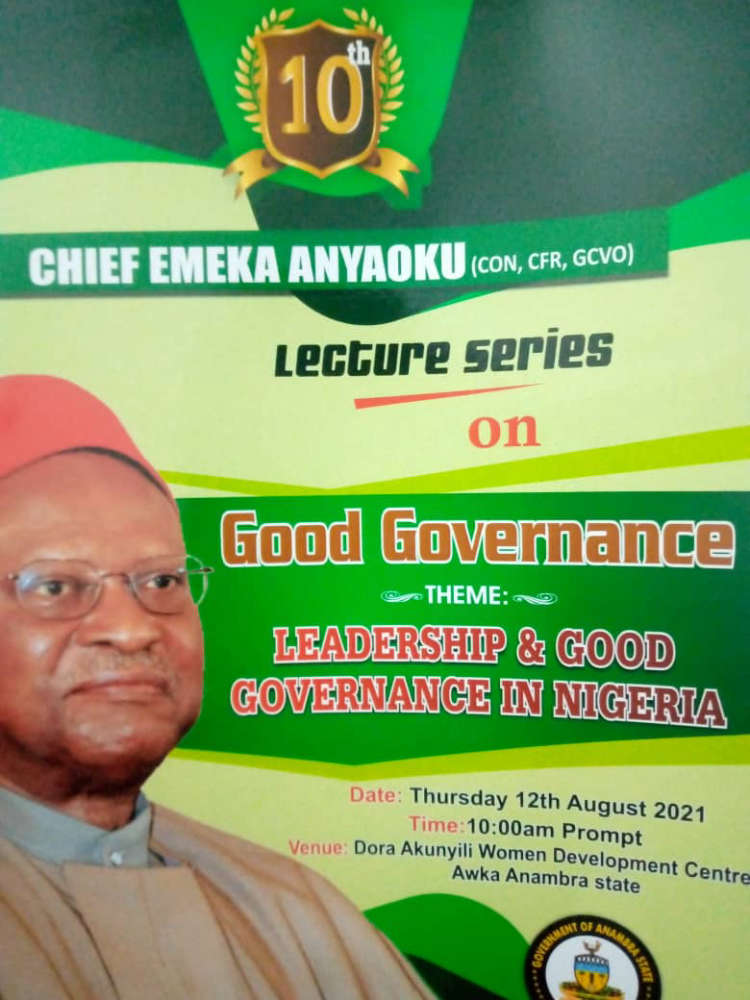 “I do not think there can be any objective observer who will not share a depth of wearisomeness at what is happening, especially the present level of insecurity of lives and property in the country, which has placed little or no value on the lives of Nigerians.

“There is now a declining sense of national unity in the country and I would dare say that this is no longer the country I knew and celebrated with so much awe, when I was a young man.

“Today, when they see you with Nigerian passport anywhere in the world, you are treated with disdain and so much suspicion,” he regretted.
The former Nigerian diplomat noted that poverty has penetrated the fabrics of our country, to the extent that Nigeria is now described as the poverty capital of the world.

“Now we have more poor people living below the accepted international level of income. There are now more of such people in Nigeria than in India. The rate of unemployment is very high and over 50 percent of the unemployed population are youths,” Anyaoku said.

The octogenarian reiterated his position on the restructuring of the Nigerian system of governance, maintaining that no meaningful progress can be achieved.

“Since my return to this country in 2000, I have been advocating the restructuring of the governance system of Nigeria. From my experience from my various tour of developed countries of the world, I have come to believe that the present system of governance in Nigeria will take us nowhere. Indeed, it is likely to lead us to a national disaster. So I have consistently advocated, that we revert to the early years of Nigeria’s independence when the regions were more or less responsible of their economy and security,” the elder statesman posited.

He also expressed deep worry over the recent assault of a Nigerian diplomat in Jakarta, Indonesia and noted that such a development indicates the ignominy with which the rest of the world now treats Nigeria.

In a keynote presentation, a former deputy governor of the Central Bank of Nigeria and one time aspirant to the office of President of Nigeria, Prof. Kingsley Muoghalu, said the challenge that faces Nigeria is more of leadership than followership.
In Moughalu's view, "leadership not politics is the main driver of a nation's progress."

Noting that the absence of leadership and sense of responsibility to the followers is the cause of general lack of good governance in Nigeria, Prof Muoghalu further cited obsession with exaction of power and interest in building of cliques and a clan of loyalists against interest in competence, among other vices driving the misrule in the country.