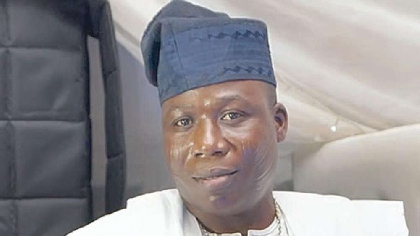 Three days after the news broke, the Federal Government and the nation’s security forces are yet to comment on the reported arrest and detention of the Yoruba Nation agitator, Chief Sunday Adeyemo a.k.a Sunday Igboho.

Igboho was reportedly arrested on Monday, July 19 in Cotonou while trying to leave the country for Germany.

Reports say Nigeria’s former Chief of Army Staff and current Ambassador to the Benin Republic, Lt. Gen. Tukur Buratai (retd.), is working to ensure the extradition of the Yoruba Nation agitator to DSS custody in Abuja.

However, Igboho’s lead counsel, Yomi Aliyyu (SAN), has pointed the 1984 Extradition Treaty between Nigeria, Benin and two others which protects political refugees like Igboho from being extradited.

Recall that the DSS declared Igboho wanted after a raid on his residence in the Soka area of Ibadan on July 1, 2021.

They accused Igboho of stockpiling weapons.