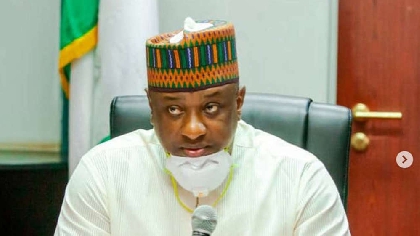 The programme was kick-started in January this year by the Minister of State for Labour and Employment, Festus Keyamo.

Remember the 774,000 jobs scheme provided by the  Federal Government to provide stop-gap three-month jobs for artisans?

Well, the Federal Government has explained the delay in the payment of the N20,000 stipends they were expected to get for doing public works.

A statement by the Head of Information and Public Relations of the National Directorate of Employment (NDE), Edmund Onwuliri, reads that designated banks for the programme discovered massive irregularities in the personal data submitted by some of the participants.

They however assured that efforts are underway to ensure that all registered and duly verified participants under the programme get paid.

Recall that one thousand youths were employed from 774 local government areas in the country as beneficiaries, which makes the participants 774,000.

The programme was kick-started in January this year by the Minister of State for Labour and Employment, Festus Keyamo.