Why I Left the PDP for the APC - Federal Lawmaker 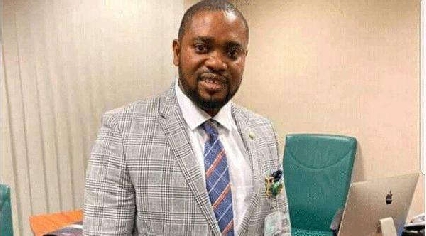 The lawmaker representing Oyigbo/Tai/Eleme at the House of Representatives, Chisom Dike is giving reasons why he left the ruling Peoples Democratic PARTY (PDP) to join the ruling All Progressives Congress (APC).

Speaking to Nigeria Info, Dike says he left the PDP because only one person takes all the decisions in the party and members cannot complain or have a say.

Mr. Dike spoke to our correspondent hours after defecting to the APC on the floor of the House on Friday.

He said: “APC that I have come to know of, they have a leadership structure that is interactive, that is engaging. Unlike the PDP where one person sits down and take all the decisions whether you like it or not.

"For instance when we had our congress in PDP, you can imagine someone like me who is a member of the national assembly, that has no input and you don’t have the opportunity, you don’t have access to leadership to make complaints and also to express the feelings of you, your supporters and your people.

Mr. Dike also explained that his decision is to ensure that his constituents are not left out of the political scene in 2023.

“The lingering crisis and its division in the PDP has no ending and does not contain any future or hope for the members of the PDP and so because of that, of course it is one of the reasons I decided to take a decision and on time to ensure that my federal constituency is not left out in the political scheme going forward in 2023.”

“Up till today, politics is still going on. In fact, the moment the presidency approved that road, the next day, the Rivers state government mobilized the commissioner for works that they want to do on the road.

"So it has been back and forth between Rivers State Government and Transcom and the people are suffering.

"Now tell me as the representative and the indigene and member of the local government, what are the expectation of my people? How do I keep quiet?

" Transcom is to construct that road from Oyigbo to Afam with their own money. So Rivers State government should allow Transcom do the road."

In the meantime, the spokesperson of the APC in Rivers State, Ogbonna Nwuke has welcomed the defection of Chisom Dike.

"We think that it sends a message, a strong message that all is not well with the PDD.

" It also shows that if utmost care is not taken, more persons in the PDP who are serving currently in the national assembly may withdraw and join the APC."