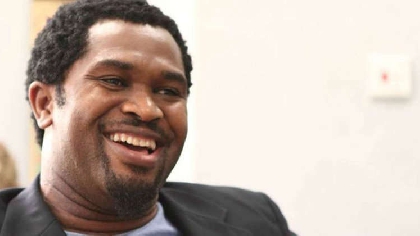 Former Super Eagles goalkeeper Emmanuel Babayaro says Nigerians should never worry about the availability or not of any of the Super Eagles players who might not be available for the world cup qualifier against Cape Verde.

The Atlanta 1996 gold-winning goalkeeper believes the Covid-19 restrictions are blessings in disguise as it is an opportunity for other players to prove themselves.

English Premier League clubs had announced they will not release players for international matches played in so-called covid-19 “red-list” countries.

This is because players travelling to red-list countries would have to follow UK COVID regulations upon their return, ruling them out of some club matches.

Babayaro while speaking on 95.1 Nigeria Info FM, Abuja, says this could be a blessing in disguise for Nigeria:

"I believe in every situation it creates another and even better opportunity.
If someone will not play, somebody else we play."

"With all due respect, by now the Nigerian national team, we should have two to three standby teams that people can walk in and walk out at any time."

"Once Upon a Time in this nation, if Amunike is not playing, Ikpeba is playing, there was always two-to-three people in every position. If Rufai is not there in goal, Alloy Is there, if Alloy is not there Wilfred is there, If Wilfred is not there, Ike it is there, four options."

"We have to create that opportunity, so this gives us the rare chance to do that."

Super Eagles Coach Gernot Rohr has invited six England based players for this month's world cup qualifier against Liberia and Cape Verde. These players could miss the game away to Cape Verde because the island is on the UK COVID red-list.